Flash floods may already be occurring. The National Weather Service in San Diego has issued a

* At 1058 AM PST, Doppler radar and automated rain gauges indicated heavy rain falling across the warned area. 1 to 3 inches of rain have fallen. Flash flooding may already be occurring.

* Some locations that will likely experience flooding include …

Additional rainfall amounts of up to 2 inches are possible in the warned area.

A Flash Flood Warning means that flooding is imminent or occurring. If you are in the warned area move to higher ground immediately.

Residents living along streams and creeks should take immediate precautions to protect life and property. 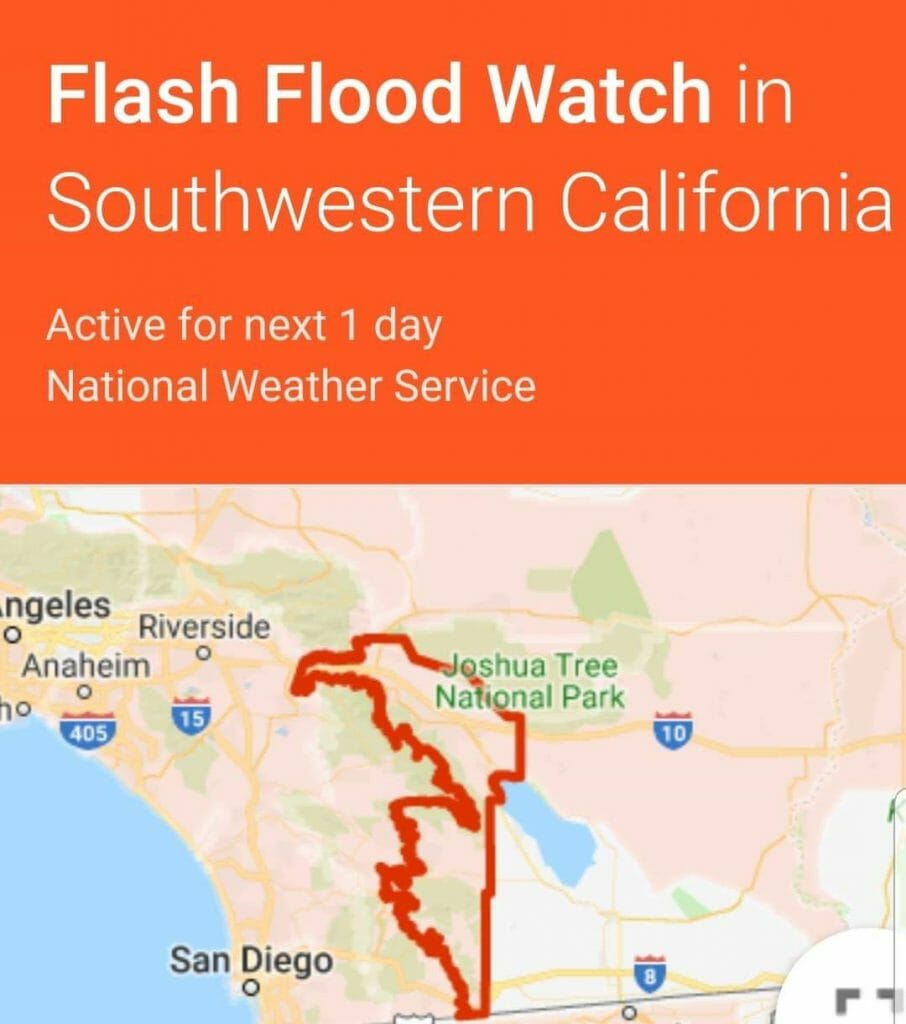 * Winds… areas of west winds 20 to 30 mph with gusts up to 55 mph, becoming northwesterly Friday afternoon and evening.

* Timing… winds will strengthen Thursday morning through the
afternoon. Winds will weaken Friday morning and then restrengthen Friday afternoon through Friday night.

A Wind Advisory means that winds of 35 mph are expected. Winds this strong can make driving difficult… especially for high profile vehicles. Use extra caution. 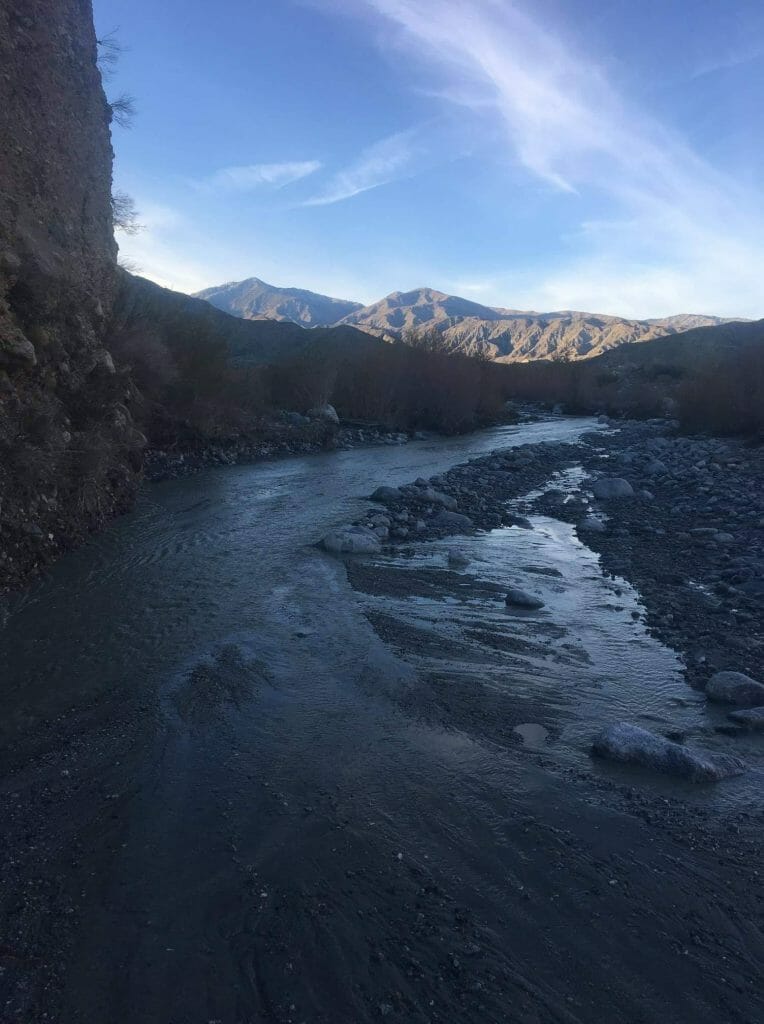 The National Weather Service in San Diego has expanded the

* Flash Flood Watch to include A portion of southwest California…including the following…Coachella Valley…San Diego County Deserts and San Gorgonio Pass Near Banning.

* Heavy rain combined with excessive run off from the desert mountain slopes and saturated soils.

* Heavy rainfall could trigger flash flooding of low lying areas and urbanized street flooding. Flooding will be likely along and near the Whitewater River and Coachella Storm Water Channel. A Flash Flood Watch means that conditions may develop that lead to flash flooding. Flash flooding is a very dangerous situation.

Monitor later forecasts and be prepared to take action should Flash Flood Warnings be issued.