For the second time in many years, the historic Union Pacific train engine is traveling through the United States, making a stop this morning in Indio, Ca

Big Boy steam locomotive No. 4014, is touring the UP system to commemorate the 150th anniversary of the transcontinental railroad 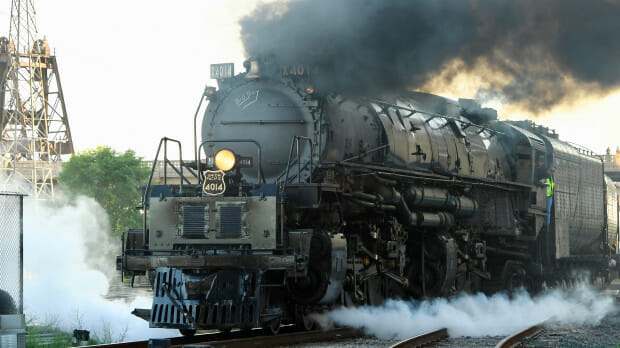 The Union Pacific historic steam engine Big Boy No. 4014 pulls into St. Paul’s Union Station on Wednesday, July 6, 2019. The restored 1941 steam engine is making a cross country tour to celebrate the 150 years of the Union Pacific Railroad. Fans can get up an close with the 132 foot long, 1.2 million ton locomotive by John Autey