They say he wandered very far, Over land and sea – Nature Boy

Way before the hippies ever walked the earth with bare feet, long beards and flowers in their hair, there was the original nature boy, the “Hermit of Palm Springs”. Otherwise known as William Frederick Pester, or as some call him now, nature boy. A German-born immigrant, not too many solid details are known about Pester, but he was also called the missing link between 19th-century German reformers and the flower children of the 60’s.

It was 1906, and to avoid military service in Germany, Pester fled to the United States. There he traveled west, went to Hawaii for a year, and eventually settled in Tahquitz Canyon in about 1916, right near Palm Springs, CA. Accepted locally by the native Cahuilla, he soon built a hut for himself made of palm trees to live in beside a flowing stream and palm grove, amidst the desert sun where he knew he could become closer to nature and the universe. The perfect place to relax and play his slide guitar. 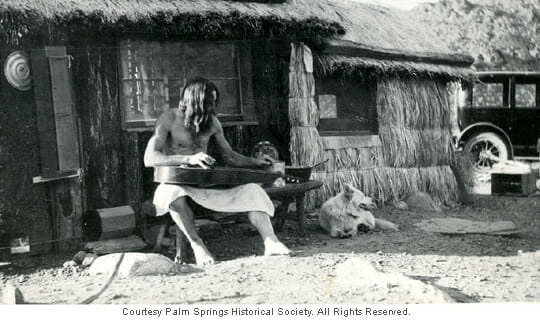 Besides attempting to live in harmony with the land and his long walks through the desert, he spent time making and selling homemade walking sticks and postcards with health tips from the German philosophy of “lebensreform” (life reform), a philosophy that called for a return to nature, an emphasis on organic and all natural raw foods, and abstinence from alcohol, tobacco, drugs, and vaccines. He would also hold astronomy lectures for his visitors and charge people to look through his telescope. He eventually monetized his celebrity status, charging people to take pictures with him. 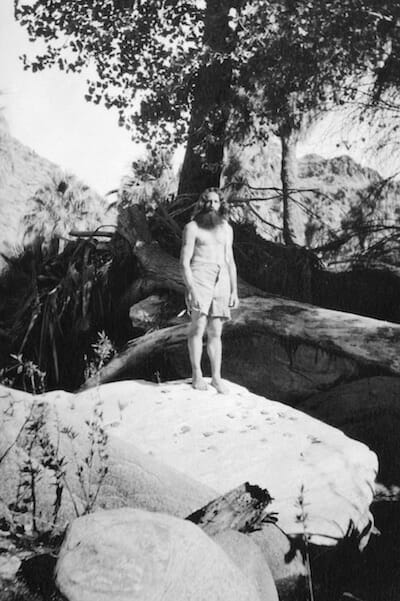 He spent much of his time reading and writing. He made his own footwear and had a collection of Native American pottery and artifacts, played guitar and ate a diet consisting mostly of raw fruits and vegetables before a paleo diet was ever a “new” trend. He also was a nudist and spent much time unclothed in the heat of the sun.

People from all around heard of him, and soon enough he was visited by celebrities like the writer Zane Grey, and the film actor Rudolph Valentino, amongst others. People would come visit him in roves, hundreds at a time. He eventually came to a second home in Indio, California, returning to Palm Canyon only on the weekends.

In 1940, He was arrested for sexual acts with a minor. He was also suspected of being a German spy that sent radio messages to Germany from atop the San Jacinto Mountains, because, you know, why else would a naked man be wandering the desert so far away from his home in Germany? Sounds like a conspiracy.  He may or may not have been imprisoned at San Quentin Prison (and later Folsom Prison) because of more acts of “sexual perversion”. It is believed he was released on Parole in 1946.

Pester may or may not have been the subject of the lyrics to the song “Nature Boy” written for Nat King Cole and later covered by David Bowie. 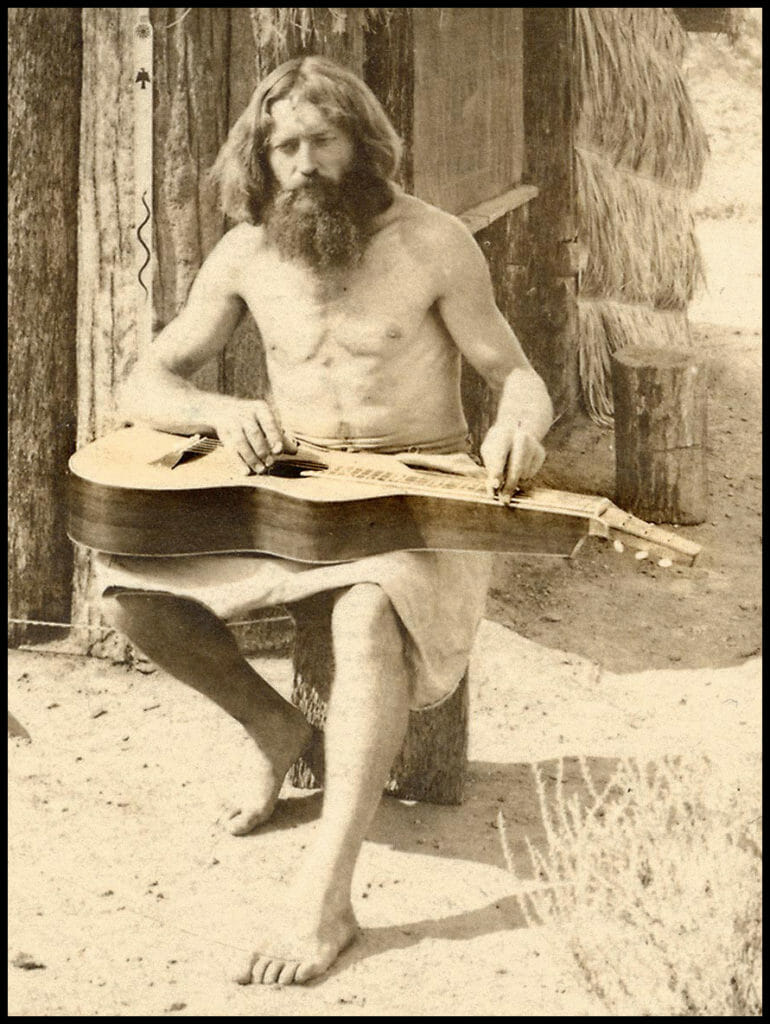 Not much is known about the mysterious “nature boy”.

If you have anything to share about this mysterious man, let us know.