It has been widely believed that Amboy’s beginnings can be traced to the Southern Pacific Railroad, or even the world-famous Route 66.

In actuality the earliest beginnings go back to 1858, when miners began to extract salt from Bristol Dry Lake.

However, it wasn’t until 1883 that the town was given the name Amboy; by Lewis Kingman, an engineer for the Atlantic and Pacific Railroad. Kingman decided to create a series of alphabetical railroad stations to serve the Southern Pacific Railroad, that was to be built across the Mojave Desert.

It wasn’t until 1926, that Amboy had it’s opportunity to shine, with the opening of Route 66 – it’s freshly paved surface ran through the heart of the town.

Many considered Amboy an “up and comer,” or a “boom town”. 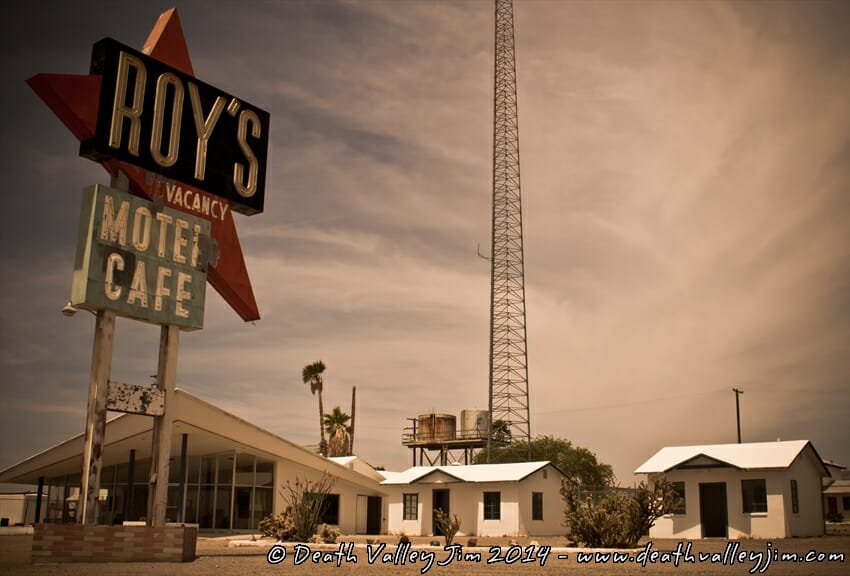 Roy’s Motel and Cafe opened in 1938,  it did well due to the town’s extreme isolation – and little options available to those traveling the “Mother Road”. In the 1950’s, Roy’s would employee a staff of over 70 people.

Two additional restaurants and gas stations were built in the 1950’s as the population swelled to over 700.

In 1972, the town would be bypassed by the new I-40 freeway. Amboy had effectively lost it’s “boom”. Herman “Buster” Burris, who owned the town became frustrated with the situation and bulldozed much of Amboy, leaving only Roy’s, the post office,  school,  church,  airport, and some residential structures…a total of fifteen buildings. 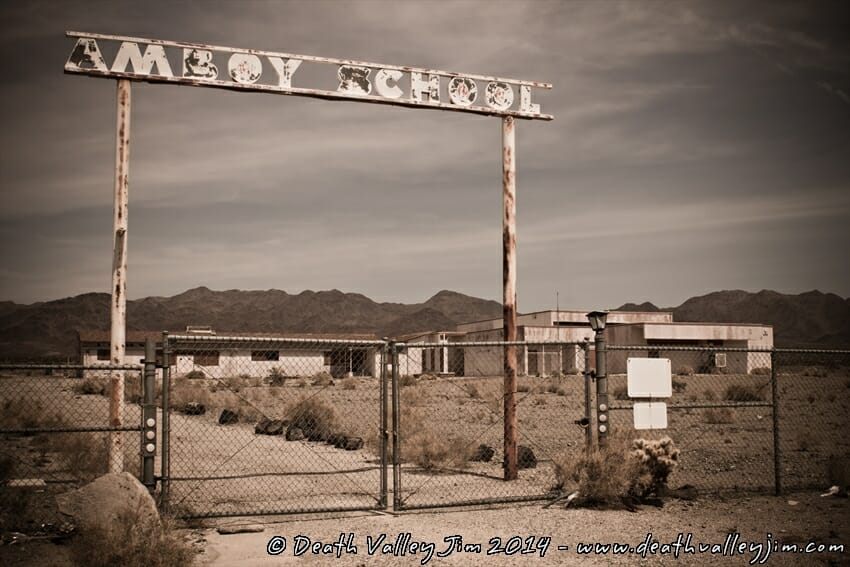 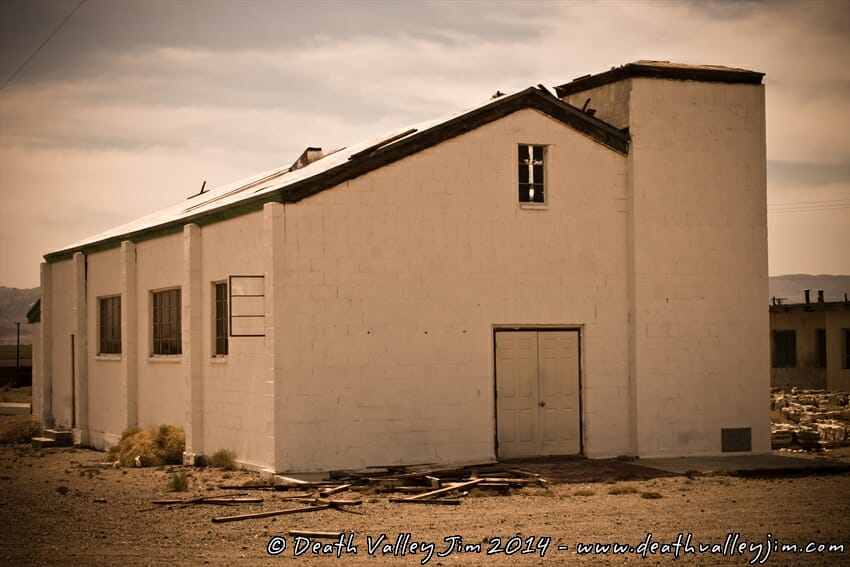 The church in Amboy, it lost it’s steeple in 2012, after a sever storm.

In August of 2000, Buster died leaving the town to his wife Bessie.  Bessie opted to sell it, posting it for sale on the newly crazed online auction website – Ebay. The town sold for the sum of 1.2 million dollars, but in a few short years the new owners defaulted on payment, putting the town back into the hands of Bessie.

On May 3rd, 2005 – Amboy was again sold, this time to Albert Okura, the owner of the Juan Polo chain of chicken restaurants, for the sum of $425,000. Okura has since been working to revitalize the town, with the reopening of Roy’s as a gas station, and snack shop; as well as keeping the town’s Post Office in operation – despite there only being a population that can be counted on a single hand. Okura’s plan of restoration is slow, but sure – and with the interest of keeping the town “pure,” and “original”.

About the author: Death Valley Jim is a scapegoat for the NPS, an author, adventurer, photographer, radio personality, guide, and location scout. His interests lie in Native American and cultural sites, ghost towns, mines, and natural wonders in the American Deserts.  You can also visit him on his website[6].