About 400 dignitaries attended the festivities, and 30 business magnates paid $1,000 for the privilege of being inaugural riders. Gov. Edmund Brown’s wife, Bernice, broke a bottle of California sparkling wine over the side of the tramcar. The governor cut the ribbon. The Third Marine Aircraft Wing from El Toro Marine Base made two sweeps in a crisscross pattern.

According to Palm Springs Life the celebrities present included Dinah Shore, Art Linkletter, June Lockhart, Fabian, Beverly Garland, and Howard Duff (whose new Jaguar was among a half-dozen cars that boiled over on the way up the steep grade to the valley station). And according to one newspaper article, “Pulchritude was added by two young actresses from the TV show The Lively Ones: Gloria Neil, a former Palm Springs girl, who was attired as Miss Desert Canyon; and Quinn O’Hara, Miss Mountaintop.” 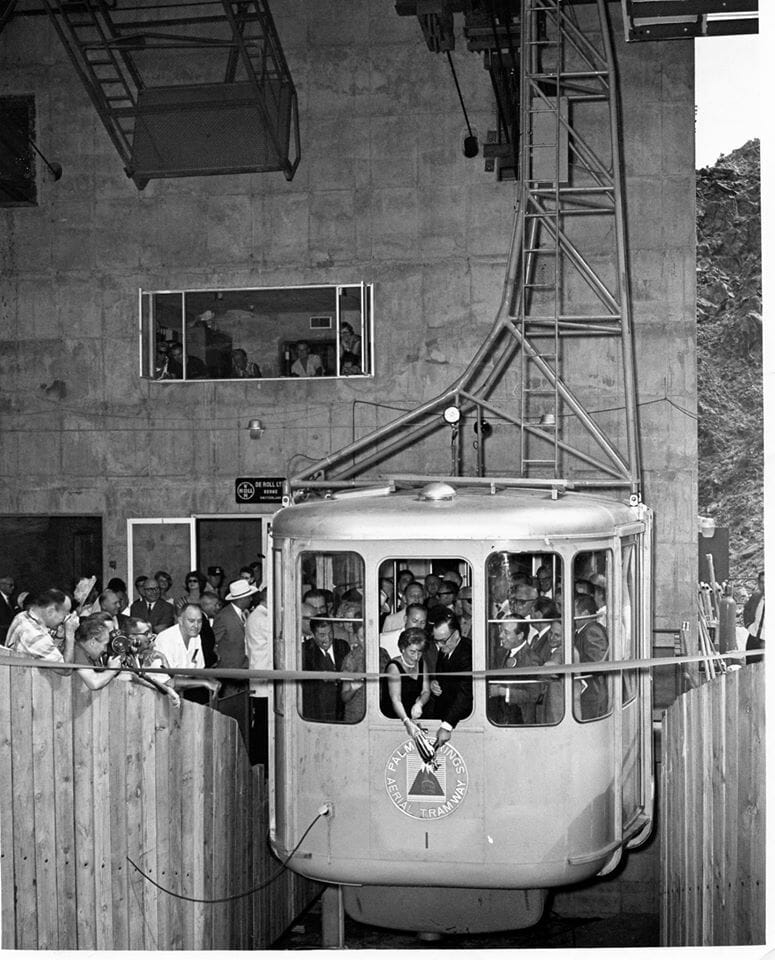