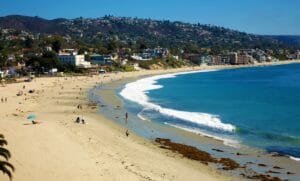 In its 85th season, the Pageant of the Masters is where art truly comes to life.

This year’s show, which opened Saturday, July 7 and runs through Saturday, Sept. 1, celebrates the pageant’s 85th year, the 100-year anniversary of the Laguna Art Museum and the town’s history.

It includes 39 pieces of art and several live performances, including a 15-minute tribute to surf art at the end of Act I with a quartet playing the sounds of the Beach Boys.

This season’s ‘Under the Sun’ brings to the audience a new usage of technology and videos, narration, live action and behind the scene peeks that highlight how masterful the concept really is. Known for its tableaux vivants or “living pictures” in which classical and contemporary works of art are recreated by real people who are made to look nearly identical to the originals through the clever application of costumes, makeup, headdresses, lighting, props, and backdrops, however it was the addition of more tableau’s demonstrating the actors taking their place and how the use of lighting transforms these works into art that wowed the audience. 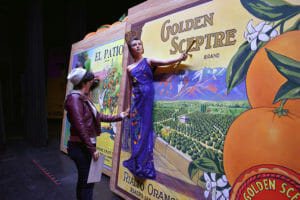 Under the Sun depicts the early years of the 20th century, a new generation of impressionists and plein air painters who set up their easels outdoors and reveled in the natural beauty to be found as far as the eye could see. In the 2018 show, Under the Sun, theatrical magic, live music and light-hearted storytelling will honor Laguna’s own and other artistic pioneers from around the world who left their studios in search of new inspiration. By the reaction of the crowded amphitheater I could tell there were many locals from the area, and as a California native I could relate to so much of the show making the experience even better.
When going to the Festival of the Arts and Pageant of the Masters here are a few things to remember.
* The Pageant runs nightly (rain or shine) through the end of August.
*  The Festival ticket allows you on the grounds but not to the Pageant. 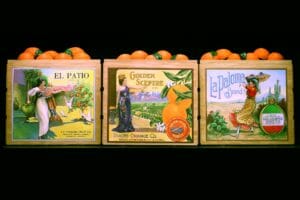 *  A Pageant ticket gives you entry to both.
*  Paid parking is avaliable on the street and in lots across the street from the Festival, but is often full at night.  Trolley’s fun throughout the area so check the Festival web site for more info.
*  There are good restaurants on the Festival grounds, however downtown is right next door and you can walk to a variety of restaurants, shops, galleries and so on.
*  The Pageant begins at 8:30 pm and ends around 10:20 pm, plan accordingly if you are driving.
*  If your seats are towards the back take binoculars so you can try to see who the actors are.  They do rent binoculars on site.
*  Check the weather, you’ll be close to the ocean and the nights can get chilly.
Let your imagination run free and let the magical evening develop around you, I guarantee you’ll 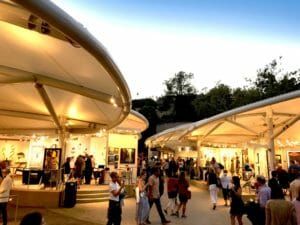 be shaking your head with wonder and looking forward to next seasons show!
For more trips, prizes and information visit TravelingWithFrancoise.com[1]
To plan you experience  Pageant of the Masters[2] 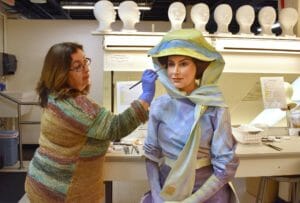