Phil Mickelson Will Serve as Ambassador for CareerBuilder Challenge

The PGA TOUR, Desert Classic Charities and CareerBuilder announced today that World Golf Hall of Fame member Phil Mickelson will serve as an official ambassador of the CareerBuilder Challenge beginning in 2017.

In this capacity, Mickelson will promote the tournament and participate in various functions during tournament week. The CareerBuilder Challenge traditionally is the PGA TOUR’s first tournament on the mainland following two weeks in Hawaii to start the calendar year. 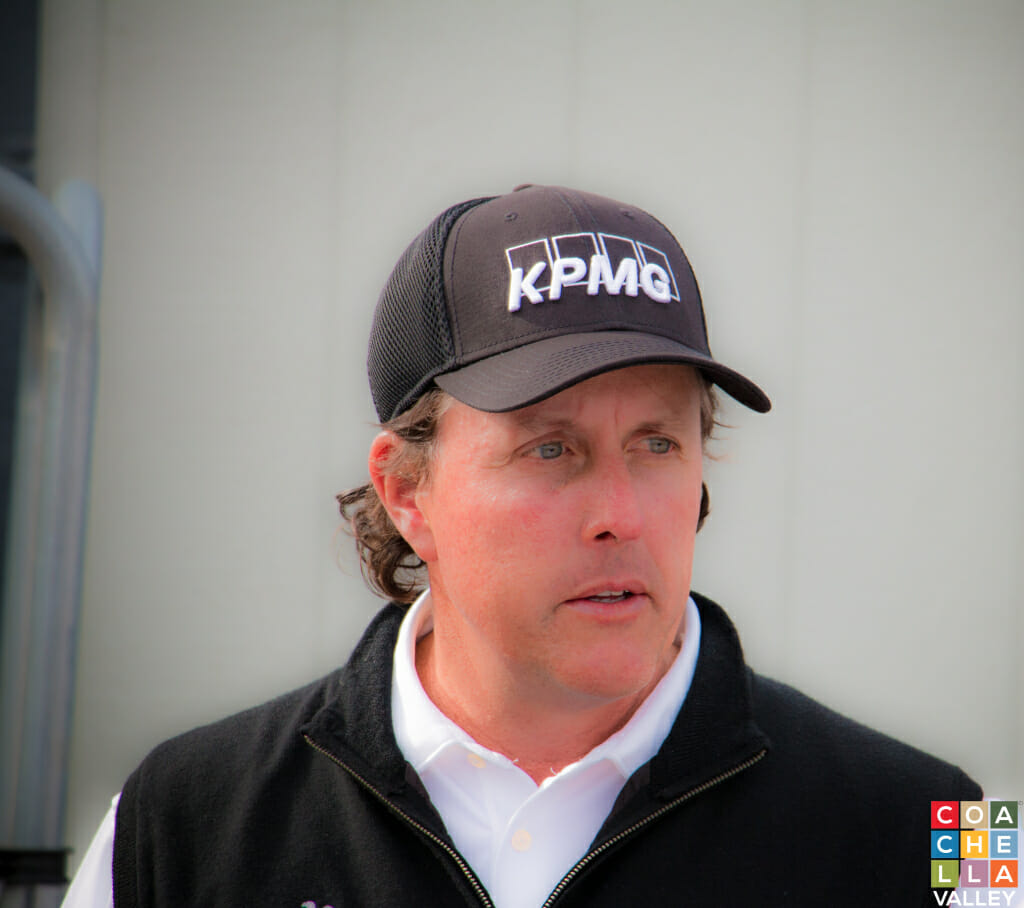 “I’m very excited to undertake the role of tournament ambassador and look forward to doing what I can to help with the continued growth of the CareerBuilder Challenge,” Mickelson said. “Our family loves the area and we have a home in Coachella Valley, so this is a natural fit for me.”

In addition to Mickelson’s new role, it was announced that the Clinton Foundation, which has partnered with the tournament for the past five years, will end its official role with the tournament. The Foundation and the Clinton Health Matters Initiative, however, remain committed to continuing their work in the Coachella Valley to improve the health and wellness of the nearly 400,000 local residents, and the Health Matters Annual Activation Summit will continue in a new location next year.

“I have treasured the opportunity over the last five years for the Clinton Foundation to be part of this storied tournament that honors Bob Hope’s legacy of service in the Coachella Valley,” said President Clinton, Founder of the Clinton Foundation and 42nd President of the United States. “I’m honored that we could build on that legacy by working with dedicated partners to bring great golf to the desert and improve the health and wellness of nearly 400,000 local residents. I look forward to continuing the Foundation’s work in the Coachella Valley, and to seeing the exciting new chapter of the tournament’s history that will be written with Phil Mickelson joining on as a partner with the PGA TOUR, Desert Classic Charities, and CareerBuilder.” 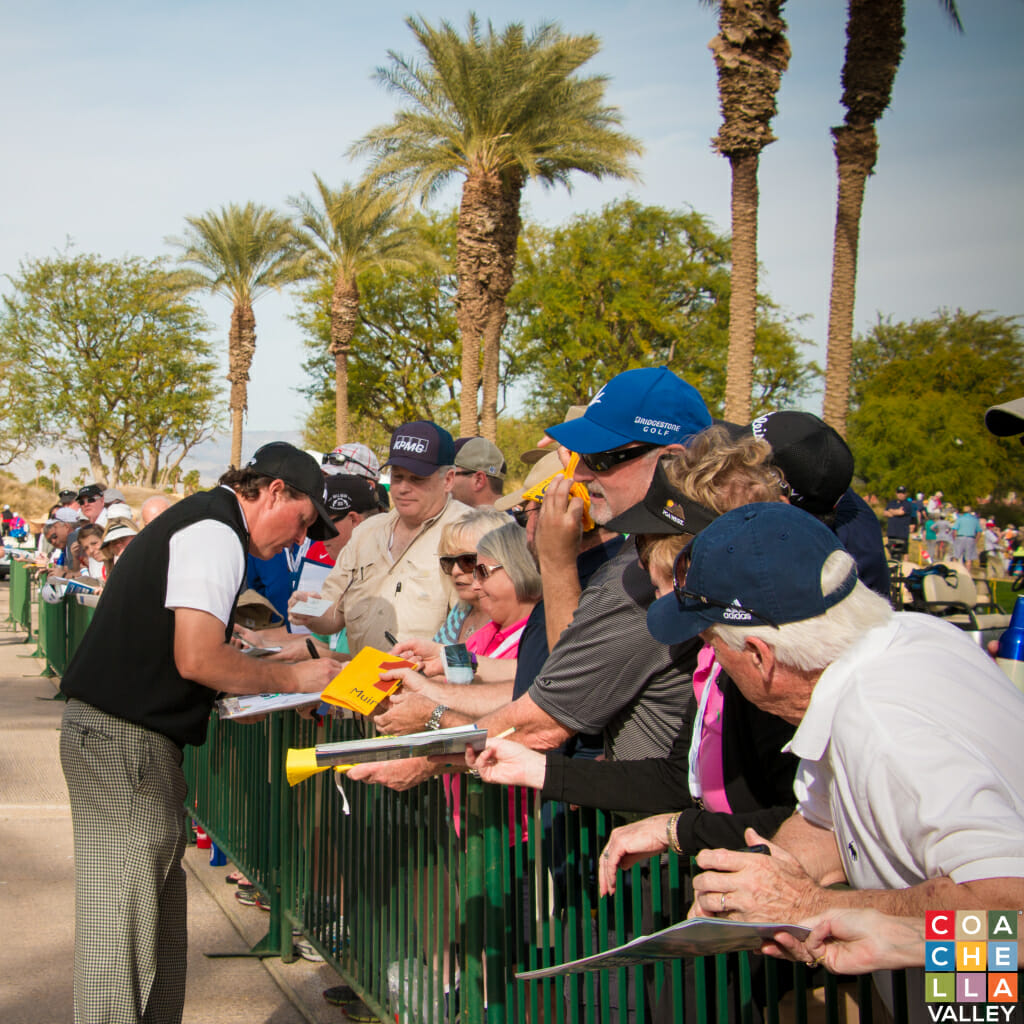 Phil Mickelson – A Fan Favorite as he always gives time to sign autographs.

In place of the health conference, a new annual labor market and job skills conference organized by CareerBuilder, the TOUR and Desert Classic Charities will be held during tournament week beginning in 2018.

“Core to CareerBuilder’s mission is helping workers find their passion—in good-paying jobs that enable them to provide for their families and raise up their communities,” said Matt Ferguson, CEO of CareerBuilder. “We are thrilled to have a long-term partnership with Phil Mickelson as we underscore this mission through the tournament. In addition to being a Hall of Fame golfer, he is a great humanitarian and the personification of what the CareerBuilder Challenge is all about. His foundation’s commitment to education is well-aligned with our focus on empowering employment, and we look forward to working together to make a difference in the lives of others.” 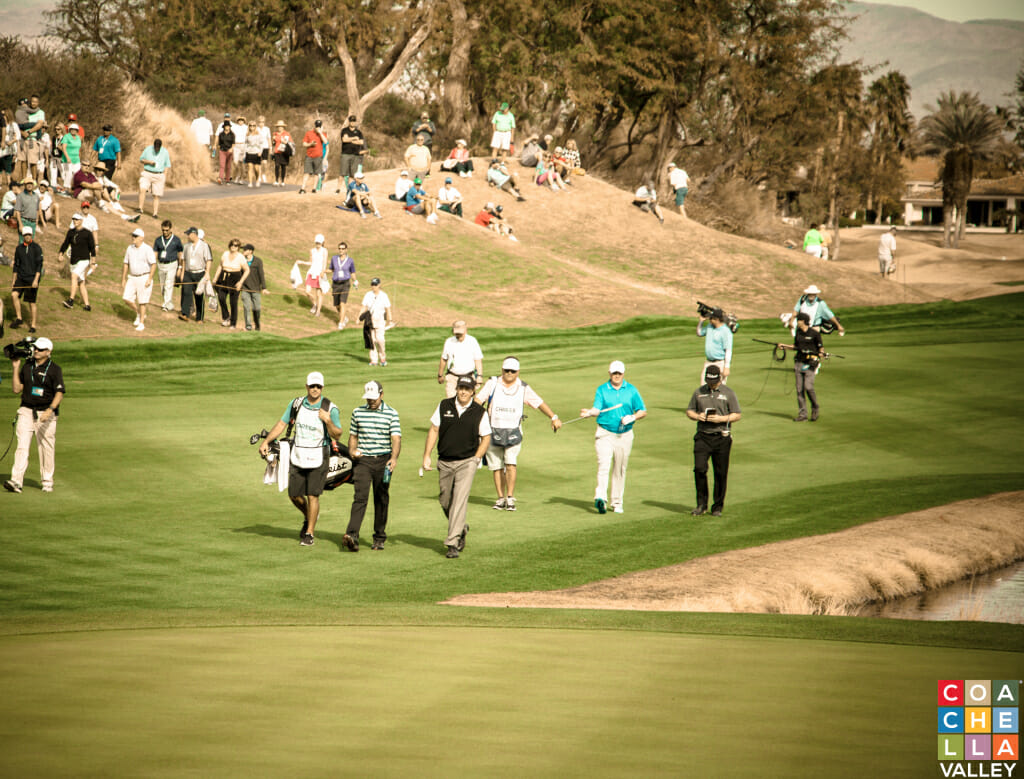 “We wish to thank former President Clinton and the Clinton Foundation for the significant work they have done since 2012 to impact the CareerBuilder Challenge and the entire region,” said John Foster, Chairman of the Board of Desert Classic Charities, the tournament’s host organization. “We have thoroughly enjoyed the relationship we have had and, particularly, the personal interest and involvement of President Clinton. We are also pleased that the Foundation will continue its health-related charitable efforts here in the Valley, and that we will further benefit from the employment-focused efforts CareerBuilder is bringing to the area.”