The successful passage of this measure makes California the first state in the United States of America to dedicate a memorial recognizing LGBTQ veterans.

The memorial was established almost two decades ago by Frank Moulton of Palm Springs AMVETS Post 66, but this is its first official recognition by the state’s government. According to a statement from Post 66, this was the first memorial dedicated to LGBTQ Veterans in the entire United States.

Original Article Published on August 10, 2018 below:

LGBTQ veterans memorial in California one step closer to reality. The historic Bill was placed on the Governor’s desk 11:30 am August 9th!!

We are anticipating his signature at anytime now. 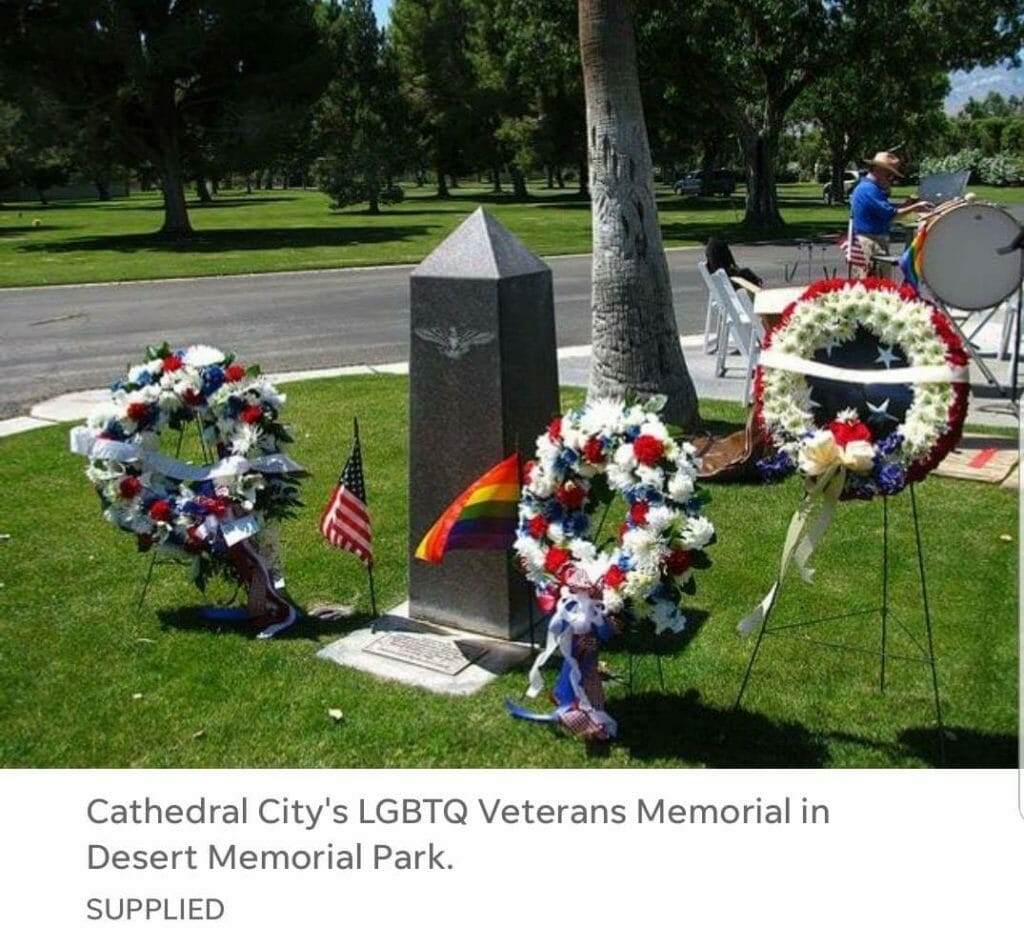 CATHEDRAL CITY — A State bill that would make a Cathedral City memorial California’s official LGBTQ Veterans Memorial is at the governor’s desk awaiting his signature.

AB 2439, which also would make California the first state in the nation to dedicate a memorial recognizing the service of LGBTQ veterans, has passed the Assembly and Senate and was heard in the Assembly August 7th for concurrence.

“California must honor all the brave men and women who have served in our nation’s armed forces. This memorial is a testament to honor the contributions the LGBTQ community has made to the security of the United States.  California honor for LGBTQ service members is long overdue.” 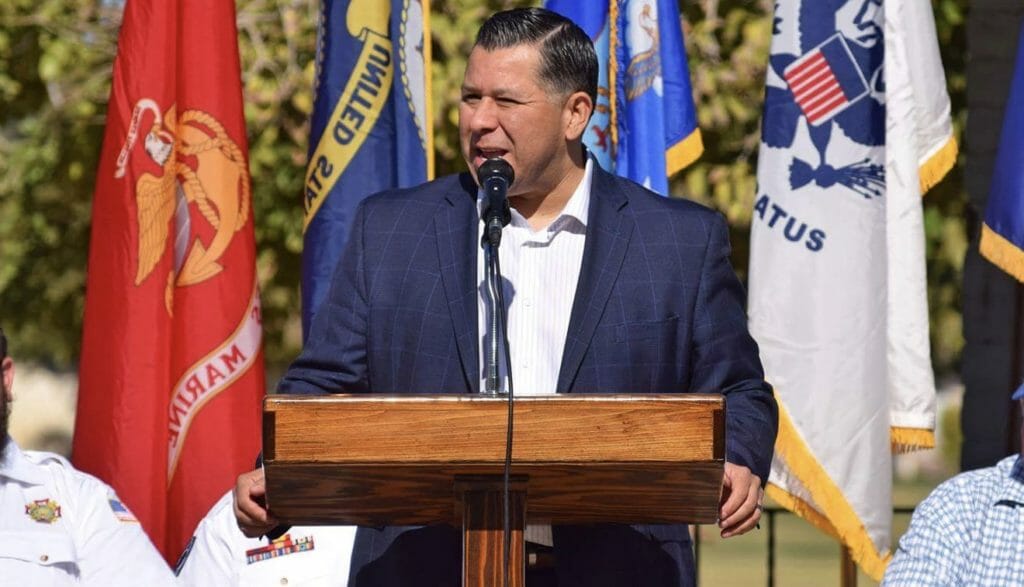 The measure, AB 2439, authored by Assemblymember Eduardo Garcia, (D-Coachella), is a high-profile way the state can show its support for these long-beleaguered members of our armed forces.

Naming the Cathedral City monument — a small obelisk located in Desert Memorial Park cemetery that features an American eagle and a small pink downward-pointing triangle — as the state’s LGBTQ veterans memorial would give these service members an official “thank you” many never received.