PALM SPRINGS, CA – A well known modernist house in the desert has sold for $3 million dollars. The Edris House, designed by architect E. Stewart Williams in the early 1950’s, raked in more than $1000 per square foot. 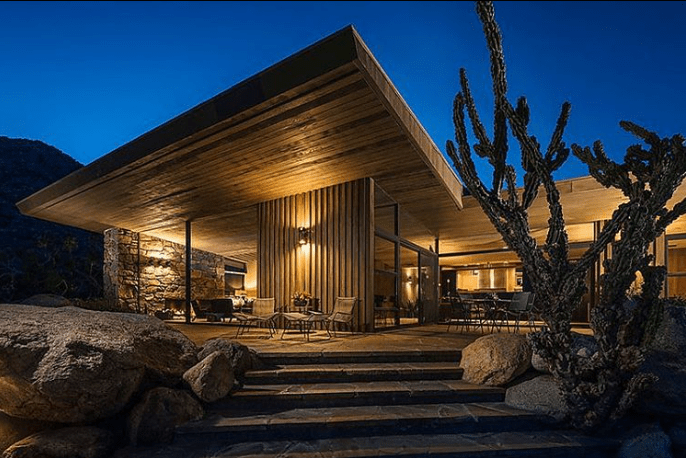 The historic Edris House, designed by E. Stewart Williams, is hopefully not the only of its kind to sell for a hefty price. – Photo by Lance Gerber

J.R. Roberts, Palm Springs Mayor Pro tem, a respected architect and most recent owner of the house, sold the 2,700 square foot house on April 30th. The house, situated in the Little Tuscany neighborhood of Palm Springs, was originally put on the market in 2017 for $4.2 Million and its selling price now puts the neighborhood in the same company as other higher-class neighborhoods. This sale has put Palm Springs above the $1000 per square foot level for the first time since 2014.

The Edris house was designed by architect E. Stewart Williams, the same architect responsible for designing Twin Palms in Palm Springs, a house commissioned by Frank Sinatra, and the Edris house remains a unique piece of art in the architectural world.

“There is genuinely no replacement for the Edris House,” said Keith Markovitz, the listing agent for the recently sold property.

Situated on a rocky projection and its exterior shod in wood, the house is well known and listed in the National Register of Historic Places. It was added to the list in 2016.