Meet the Hermit of Palm Springs 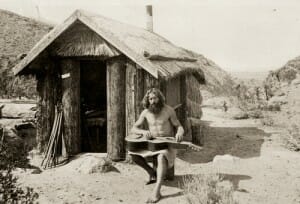 In The early 1900’s,  German émigré William Pester made his home among the streams and valleys of Palm Canyon (tucked in the Native American valleys in south Palm Springs). Residing in a hut made out of palm trees, he lived close to the land and is rumored to have been accepted by the local Cahuilla as one of their own. 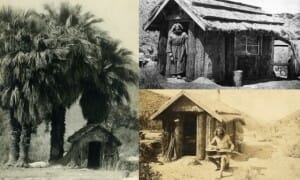 Born in Saxony in 1886, Pester was a devotee of the philosophy of lebensreform[3] (“life-reform”), which advocated natural medicine, raw foods and the benefits of nudism. He immigrated to the U.S. in 1906 and eventually made his way to the Coachella Valley where he became one of a burgeoning movement of German men who identified as “Nature Boys” and were committed to a simpler way of life.