Man arrested on reports that he started fires, including Cranston fire near Idyllwild

Man arrested on reports that he started fires, including Cranston fire near Idyllwild

#UPDATE: The name of the suspected arsonist in the #CranstonFire is Brandon N. Mc Glover, 32, of Temecula, according to the US Forest Service. CAL FIRE law enforcement officers arrested Mc Glover and booked him on five counts of arson to wildland.

A fast-moving Cranston fire swept toward the mountain community of Idyllwild on Wednesday, burning 4,700 acres and several structures and threatening hundreds of homes.

The Cranston fire began about noon and spread rapidly, San Bernardino National Forest officials said. It has forced evacuations and is sending a massive tower of smoke rising over the San Jacinto Mountains.

Roads are closed at Highway 74 from Cranston Fire Station to Lake Hemet and Highway 243 between Pine Cove and Mountain Center.

A person who witnesses say may have started multiple fires Wednesday – including the Cranston fire near Idyllwild – was arrested south of Hemet, the California Highway Patrol said. 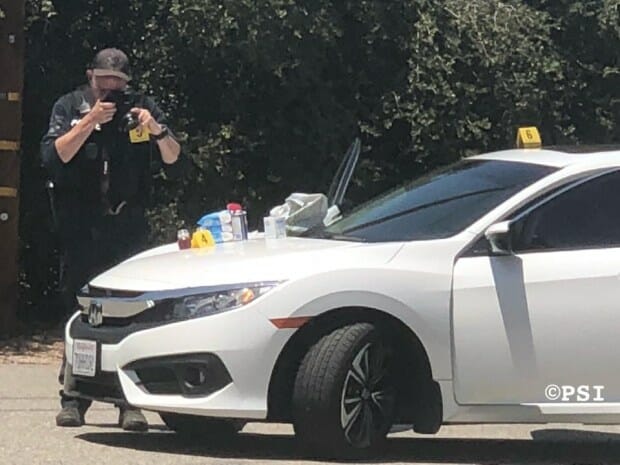 A law enforcement officer photographs evidence after a man was detained at the intersection of Newport Road and State Street south of Hemet in connection with the setting of the Cranston fire near Idyllwild on July 25, 2018 (Courtesy of Timothy Franzese/Public Safety Incidents)

A witness, who wasn’t identified by authorities, told the CHP at 11:50 a.m. that the person “started another fire and went westbound toward Hemet on Highway 74,” according to the CHP.

As the witness followed the white Honda on Highway 74, law enforcement agencies in the region were told to be on the lookout for the vehicle. 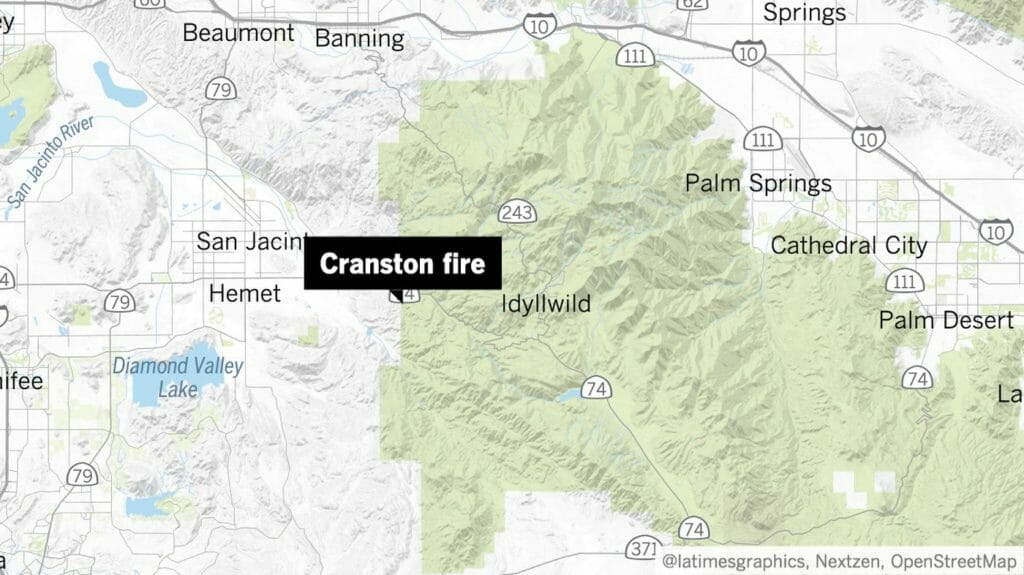 At 12:06 p.m., Hemet police went to an address in the city where the last-known registered owner of the vehicle lived. At 12:18 p.m., the CHP reported a new fire starting on State Street.

The suspect vehicle was seen westbound on Gilman Springs Road toward Highway 79.