Sometimes surrender doesn’t mean giving up, it simply means letting go.  My struggle began early in a small suburb in Chicago, Illinois.  Emanating from an all too familiar story of a family torn apart by addictions and incarcerations, I found myself repeating the vicious cycle of so many who had come before me.

As far back as a fifteen year old, I can recount vividly my commencement into the perilous world of using Meth, Marijuana, and Liquor.  My parents had been enslaved to these drugs and as my Dad came in and out of my life while spending much of his free time in prison, I watched my Mom fall deeper into her own pain and addiction. 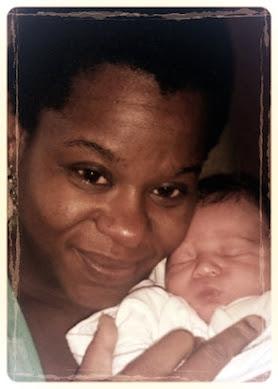 For many years the patterns continued as the behaviors and poor decisions constantly being made were merely another coat of paint on the only canvas I had been given in life.  I spent so much of my time and energy desperately trying to conceal it all from those who were watching each and every painful stroke.

As a birth Mother to five children, although I had been “vacant” on many occasions, I now found myself trapped in a familiar snare.  Another child was on the way.  Another Dad, same Mom, same old story, but this time a very different and profound outcome was in the making.

When I was given the official news at the High Desert Pregnancy Clinic that I was pregnant, they handed me a bag of prenatal pills and a brochure for Mama’s House, which I quickly threw in the trash.  Something inside me made me go back and pick it up, and I hung on to that little pamphlet not knowing what God had in store for me.

My pregnancy was moving along and I was beginning to grow weary of my situation, my future, and my life in general.  I found myself alone and completely exhausted emotionally and physically.  I spent every waking moment of my day trying to hide my pregnancy from everyone around me, including strangers.  I concluded there really was only one way out of all this madness, and it was abortion.  I made the call and set an appointment to rid myself of all that was troubling me and holding me back.

After all, it was time for me to get back in the game and prove myself legit to all who had seen me stumble all too often throughout my life.  What else could I do?  I thought making the appointment would be easy, but to my surprise I discovered there was not a clinic in my immediate area that would perform an abortion after 24 weeks.  I finally found a place in San Bernadino and made my way there for the two day procedure.

While waiting in the lobby and following their specific instructions, I found myself getting anxious and stepped outside to smoke a cigarette, and then another, which clearly was in breach of those instructions.  Once I realized there was no way they would now perform the surgery, I left.  This was the turning point.  Knowing that I had blown my one last chance of aborting the baby, suddenly the thought of adoption was ringing throughout my head.  But the question was how?  Where?  And by whom? 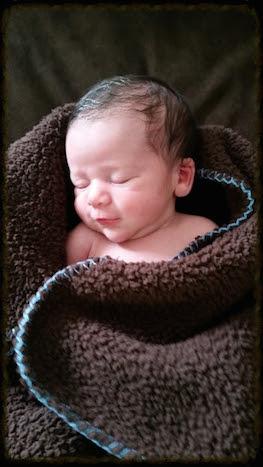 It was then I remembered the brochure I had kept all this time, and had even once before made a brief phone call to the woman running Mama’s House.  At that time I was scared, but now I was feeling more desperate and overwhelmed than before, knowing that I couldn’t terminate the pregnancy.  This baby needed to come into the world and be loved by someone who was fully equipped to care for him in a way I was unable to.  I began walking toward the High Desert Pregnancy Clinic looking for help.  After a mile with every step a painful one, I arrived only to find they would not be open for another few hours.  Exhausted, I crossed the parking lot and went into the Salvation Army office.  Weeping profusely, the Pastor there was very concerned about me.  He gave me water to drink and after talking to me for a while, prayed over me and let me wait in the cool office for the clinic to open.

The Salvation Army Pastor let me use his cell phone to make another call to Mama’s House.  When she answered, I could hardly speak as the sobbing began again and only subsided as she too began to pray for me.  It was the same woman I had spoken to months earlier and I told her that I needed her now – today – not tomorrow or next week.  She said she would leave as soon as possible and be there to see me within two hours.  The clinic gave me a bed to rest on while I waited for her to arrive, and she did,  just as she had promised.  We spent a couple of hours going through an intake process and she agreed to let me come to Mama’s House right then and there with just the clothes on my back.  Five days later I gave birth to a beautiful baby boy and started the adoption process with an affiliate of Mama’s House called Bethany Christian Services.

Everything in my life up to this point had been fractured in some way, but a place filled with the Holy Spirit of God gave me a WAY IN, NOT A WAY OUT!  For the first time in a long time I could see the road that had been paved for me all along, and I took a leap of faith and decided without any reservation to stay on that path that leads to life.

I have a lot of work ahead of me for sure and it won’t be easy, but I know where my strength comes from and it is not through me.  My faith in God who sent His beloved Son to pay my debt is where I find all the strength I need, and through prayer and obedience I am finding my way!

William Kacy now has life because my Heavenly Father didn’t give up on me.  This enabled me to find the courage to stand strong in the face of my own afflictions and the courage to carry God’s precious child to term.

If not for the people at Mama’s House and their tireless efforts to provide love, encouragement, support and all the tools I need to succeed, I truly do not know where I would be today.  And when I leave Mama’s House, it will be headed toward a much brighter future.  The woman had told me that day we drove away from my former life to remember that the next time my family and friends would see me, I would be a different and even better person.  She was right, I am a different person and it’s by the grace of God and through this place where love lives, called Mama’s House.

If you are in a crisis pregnancy or know someone who is – there is hope and it’s just around the corner.  My baby was not the first born as a result of Mama’s House, however this was the first adoption.  No matter whether you want to parent your child, or allow adoption as I did, you must call Mama’s House today.  They are waiting to welcome you with open arms.