Nearly 1.6 million people visited Joshua Tree National Park in calendar year 2014, up from 1.4 million in 2013. That is good news for the park and also for the surrounding communities.

National park tourism is a significant economic engine for local communities, returning $10 for every $1 invested.

“Joshua Tree National Park is especially grateful for partners like Visit California, Greater Palm Springs Convention and Visitors Bureau, as well as local chambers of commerce who market and promote the park both here and abroad,” said park superintendent David Smith. “Joshua Tree has evolved from a fall thru spring park, to a year around destination. We also enjoy outstanding relations with local governments who recognize the park for the economic value we provide.”

Smith cited the recent road improvements into Black Rock Campground and Education Center by the town of Yucca Valley as well as improvements made to National Park Drive by Twentynine Palms as examples of the park and gateway communities working together.

Over 180,000 tourists visited and camped at Joshua Tree National Park in December. This is over 50,000 more people than the next most visited December which was in 2012.

The most recent economic analysis of the park in 2013 showed that of an estimated $63 million dollars spent by visitors to Joshua Tree National Park, most was for lodging (30.3 percent) followed by food and beverages (27.3 percent), gas and oil (12.1 percent), admissions and fees (10.3 percent) and souvenirs and other expenses (10 percent). With the increase in visitor numbers, the park expects a significant increase in tourism dollars being spent in the Morongo Basin and the Coachella Valley.

The report includes information for visitor spending at individual parks and by state. To learn more about national parks in California and how the National Park Service works with California communities to help preserve local history, conserve the environment, and provide outdoor recreation, go to www.nps.gov/California.[2] 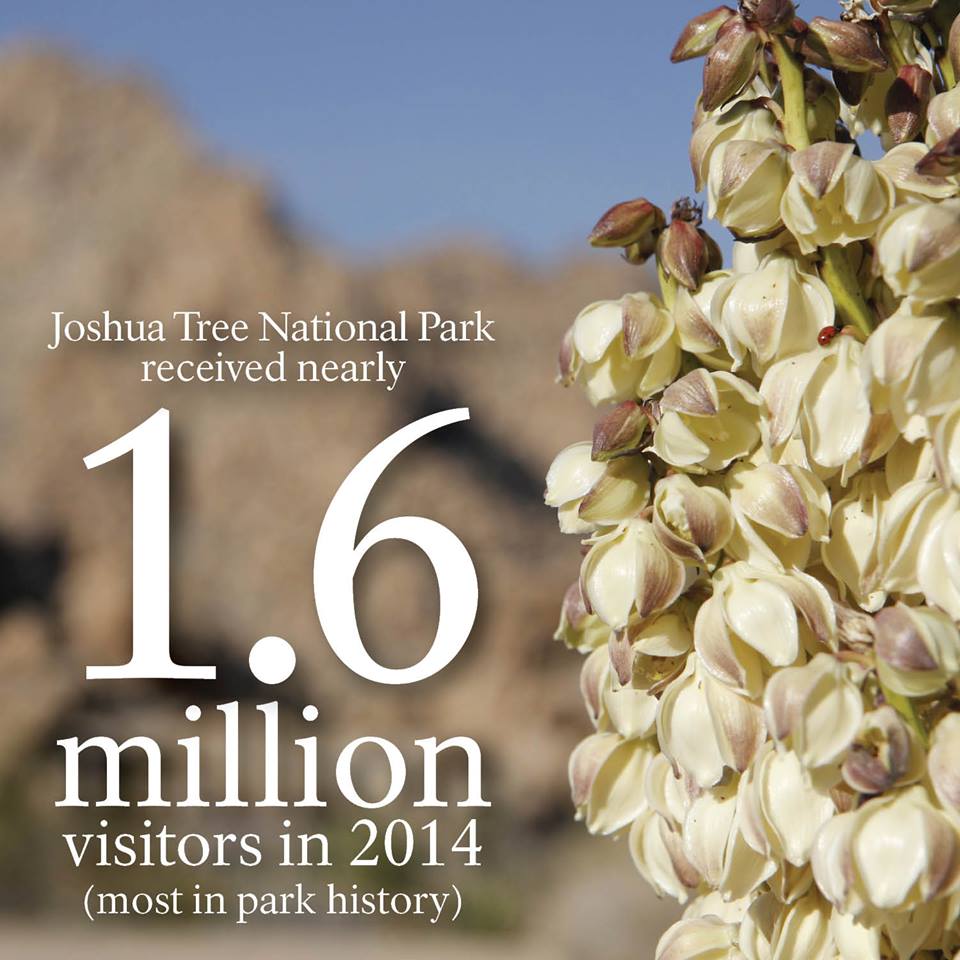