The Indio International Tamale Festival® is celebrating its 28th year. Taking place December 7 & 8, 2019 in historic Downtown Indio, the Tamale Festival is a long-standing community tradition in the Coachella Valley. 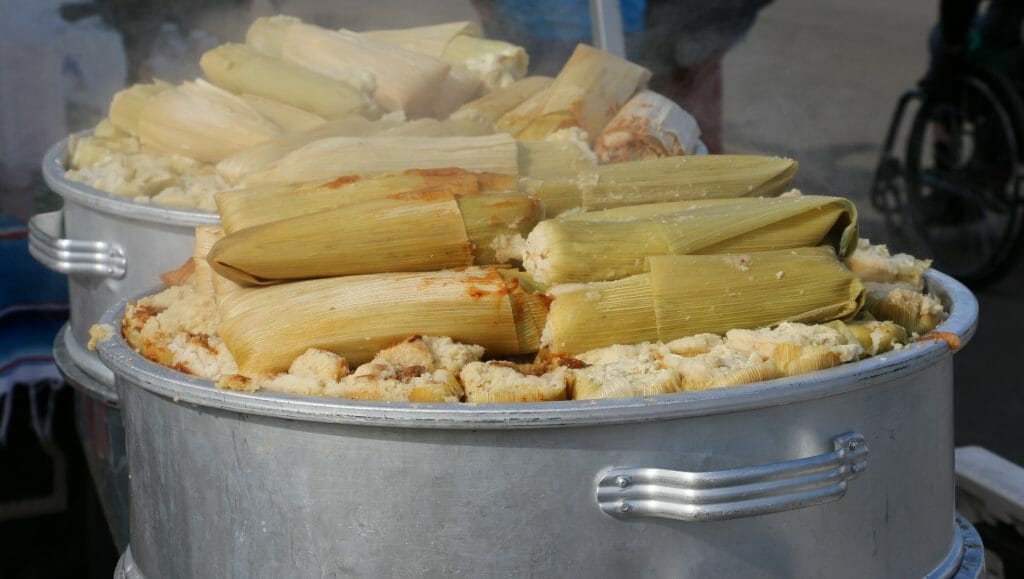 The festival has grown from a half day event to a 2-day extravaganza of food, family fun, music, and a parade, with large crowds eating over 300, 000 tamales. The festival got its start in 1992, when David Hernandez, a then member of the Indio Downtown Merchants Association, came up with the idea of the festival.

It began as a half day event, with about 15 tamale vendors and an attendance of an estimated mere 2,500 people. Over the next several years the festival saw steady growth and by 1996, the Indio International Tamale Festival® had grown to a two-day event, with over 55,000 people in attendance. During the years to follow, attendance numbers for both festival patrons and participants continued to grow. As attendance grew, so did the festivals popularity and ability to attract national attention.

The festival has also been named by Food Network as one of the “top ten food festivals” in the nation and A & E selected the Tamale Festival as one of the top 20 unique holiday celebrations in the nation. Today the festival hosts over 300 vendors, 6 stages of live entertainment, beer gardens and much more, along with attendance numbers over 120,000 people annually. 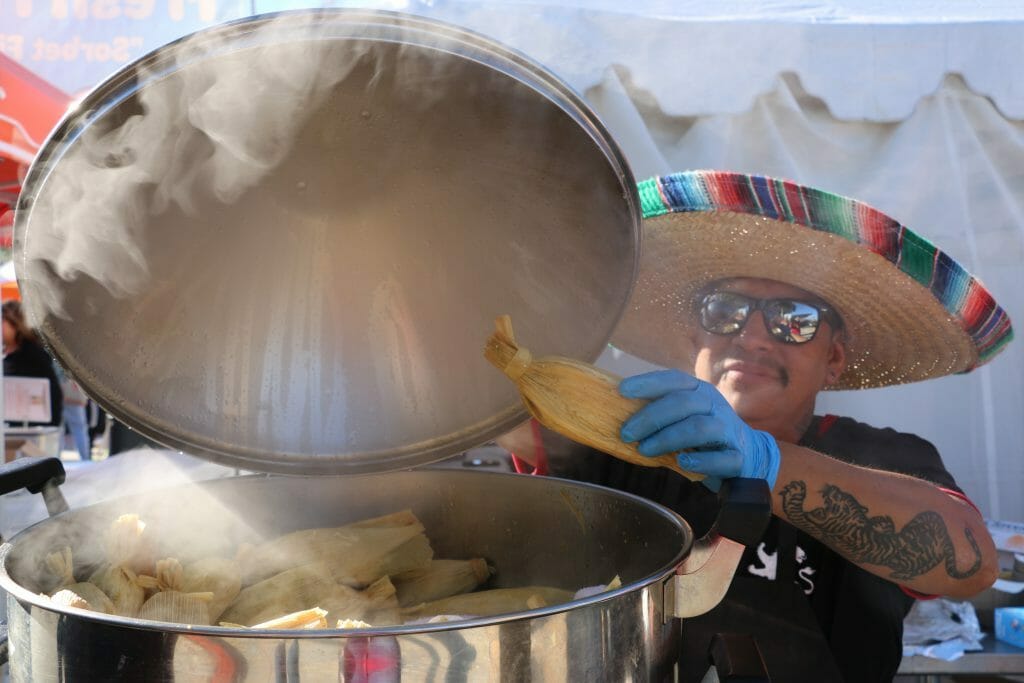 The festival plans to celebrate it’s 28 years with several special events geared to honor both the tradition of the tamale, as well as the Coachella Valley and its residents. Special entertainment to include Latin Legends; Grupo Mojado and Ruben Loredo featuring Alex Rojo, and the world’s first and only heavy metal mariachi group Metalachi.

Country Nation, delivering a performance that could rival a night at the CMA’s and dysFUNKsion round out the headliners of this year’s festival. Our Community stages will feature a vast experience of ballet folkloric dancers, mariachis, and much more.

Don’t miss the Best Tamale contest featuring local dignitaries and media personalities as judges. The Grand Marshall of the Opening Ceremony will be our very own Miss Tamale.

Guests can enjoy a Farmer’s Market featuring locally grown fruits and vegetables, a Kids Zone by SCRAP Gallery, a Food Truck Park, along with a few other surprises!

FREE parking is available at the Larsen Justice Center with shuttle service running constantly throughout both days. For more information on the Indio International Tamale Festival®, please visit their website @ www.tamalefestival.net. #####