Powerfully Famous People Who Made Palm Springs and the Coachella Valley Their Home!

As summer wraps up, The McCallum Adobe Museum, the home of the Palm Springs Historical Society, will unveil six new exhibits. Each exhibit tells the history of the city of Palm Springs including stories about the famous people who made Palm Springs their home, the powerful people who visited and, of course, the visionaries who designed architectural masterpieces during the mid-century.

The museum, the home of the Palm Springs Historical Society is free to the public. The museum is open Wednesday through Monday from 10 a.m. to 5 p.m. and from 12 p.m. to 3 p.m. on Sundays. 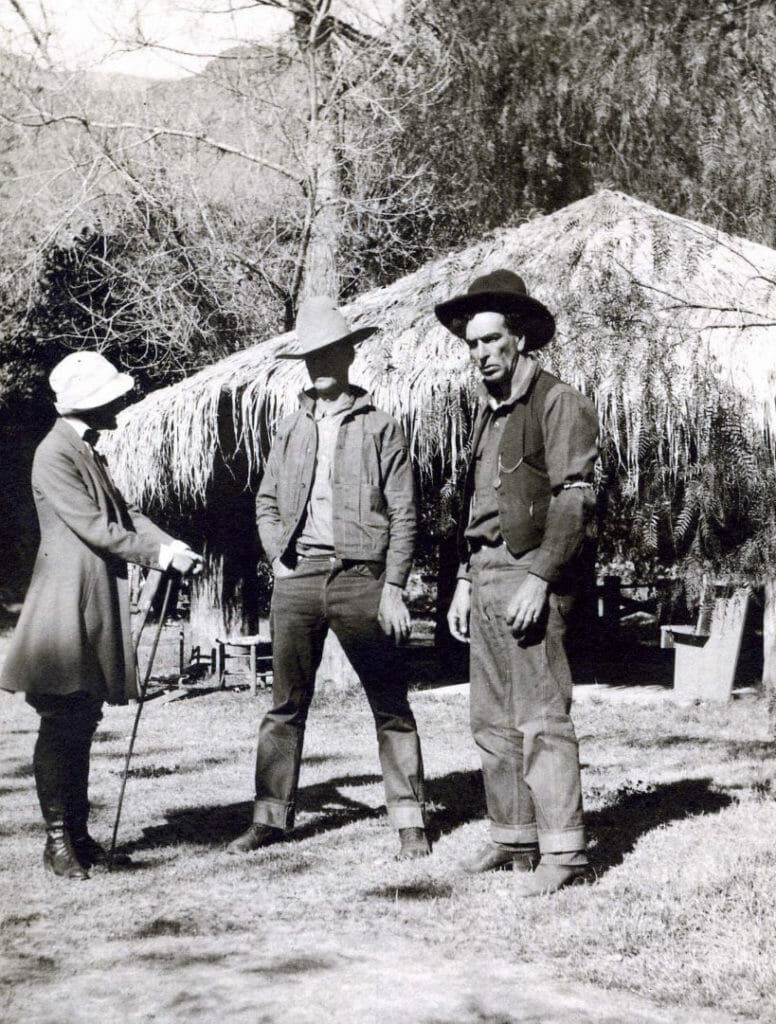 The exhibit “Presidents at Work and Play in the Desert” highlights presidential visits over the last six decades including photos of Presidents Harry S. Truman, Dwight D. Eisenhower,  John F. Kennedy, Lyndon B. Johnson, Richard M. Nixon, William J. Clinton, George H. Bush, George W. Bush, and Barack H. Obama. Whether hosting world leaders or seeking relief from the pressure of the office of president, the desert area has been both a showpiece and a refuge.

Many of the photographs and other memorabilia are on loan from Thunderbird Country Club, Annenberg’s Retreat at Sunnylands, the William J. Clinton Presidential Library in Little Rock, Arkansas and former Palm Springs mayor, Will Kleindienst. 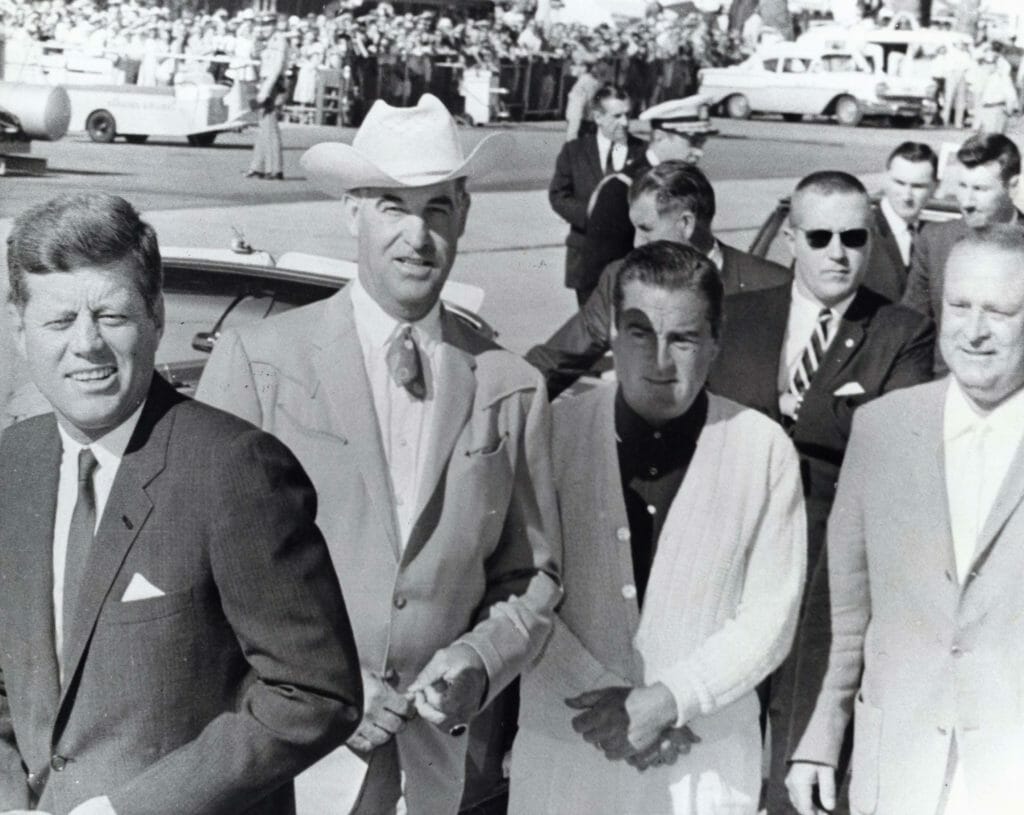 “The Alexanders: Triumph & Tragedy in Palm Springs” tells the story of George and Robert Alexander, developers who brought more than 2,400 homes with a modern aesthetic to the city of Palm Springs.

Not only were they active as developers, they were also actively involved in the cultural fabric of the community. The exhibit catches the sleek, cool, clean, colorful, mod and curvy style that is synonymous with the mid-century. Their tragic death in 1965 shocked the community and marked the end of a building dynasty.

“Palm Springs Villager Advertisements 1946-1959” takes a look backwards at the advertising genius of the “Mad Men of Palm Springs” who created the designs that drove the economic boom of the post-World War II era into the fabulous 50s. The ads captured the texture of the Palm Springs lifestyle while promoting business throughout the desert area. 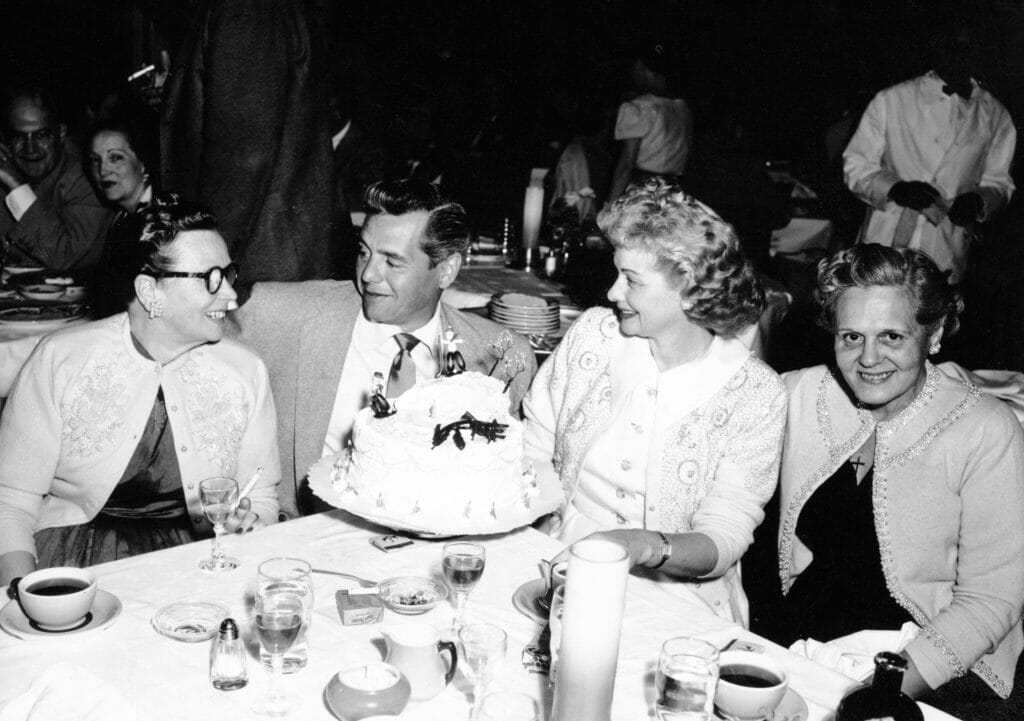 In partnership with Lucie Arnaz, “Palm Springs Loves Lucy & Desi” features film clips from family home movies and clothes, posters, memorabilia and other ephemera. Many of the items presented are on loan from the National Comedy Center in Jamestown, New York (Lucy’s birthplace.). Many of the home movies provided by Lucie Arnaz were filmed at their Thunderbird Country Club home where the famous family relaxed with friends away from the pressures of their hectic television production schedule.

Photographs depicting film crews at work shooting “Souls for Sale” in 1923 and “Lost Horizon,” a film shot in Tahquitz Canyon in 1937 by renowned director Frank Capra, are also featured.

You won’t want to miss these exciting exhibits. Visit their website for information on their events, walking tours and research library