Destroying our Desert in the name of “Green” Energy 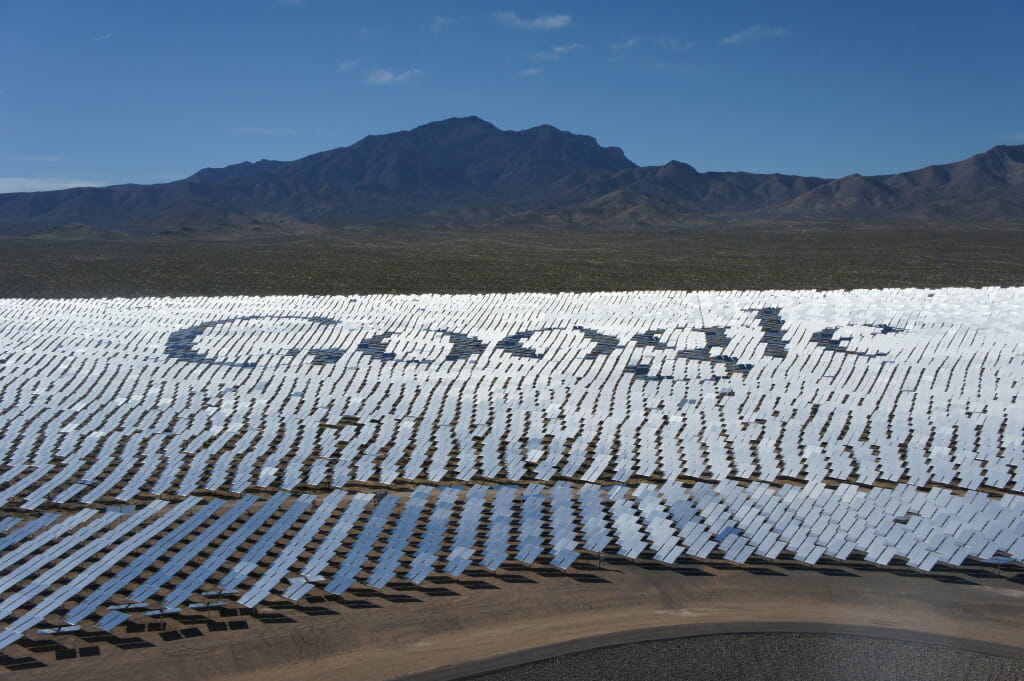 Ivanpah – The solar mirrors at Ivanpah spell out the word Google, one of three of the plants owners. Photo courtesy of Gigaom

I’m not passionate about a lot of things – but those things that I am, are closely related to the desert, whether it be historical or cultural elements, biological, or environmental. It hasn’t always been this way, as a teenager I was passionate about music; in a period of my twenties (after 9/11) it was politics. In my late twenties and now into my mid-thirties, I’ve grown into finding the love of my life – the deserts of the American Southwest.

I would have at one time called people like me “Tree hugger” or “Libtard” – today I wear the “Tree hugger” badge with pride, I’m not so sure on “Libtard” – I don’t find that I fall within the boundaries of any political agenda; I tend to sway in many different directions depending on the subject at hand. What I do know is that I will never vote for a political candidate with either an “R” or a “D” beside their names – both parties are essentially the same thing,  they pull at people’s heartstrings for votes based on agendas that shouldn’t be political in the first place.

Enough on that – I honestly don’t have a political agenda, and besides the political lines are so blurred in the case of renewable energy, or “green” energy that the line is pretty much obsolete. When it comes down to it, we have two groups of people – people with a sincere love of the desert, as well as folks that see these solar facilities as the removal of public lands and access. Then there are those that don’t understand the desert, they see it is nothing more than open space – an opportunity for a quick money grab, or they have fallen into the spoon-fed agenda that this is the only way for renewable energy to be successful. 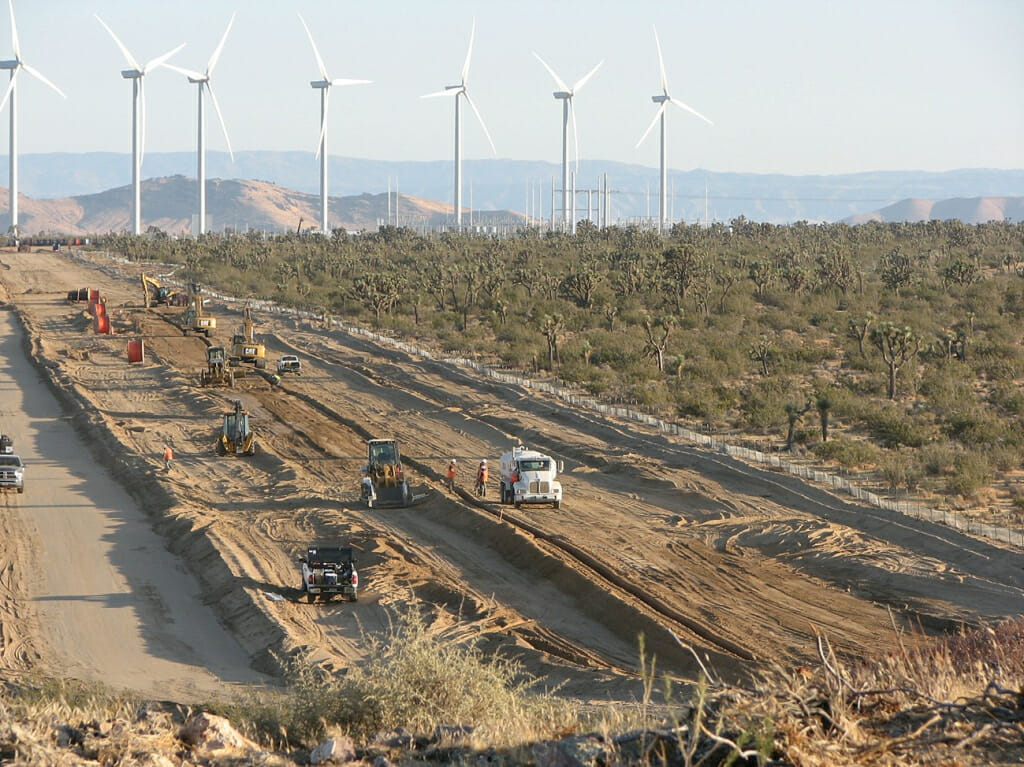 Bulldozers clear an intact desert ecosystem, including hundreds of old Joshua Trees to make way for the Alta Wind facility in the western Mojave Desert. Google is again an investor in this project. Photo courtesy of Mojave Desert Blog

To those that don’t live in the desert, or only drive through it in haste from one place to the next – it can be easy to see why they think so little of the desert. From a majority of the highways, the desert can look boring, dead, and uninteresting. A place of horror films, serial killers, and just in general bad people who are hiding from society. It is unfortunate, because the opportunity for these people to see it any differently is more than likely never going to happen.

This line of thinking doesn’t end with big city people, it also trickles into our desert communities. For instance, I have been spending more time in the vicinity of Palm Springs, and the Coachella Valley as a whole. A large percent of these people think that they are living in the desert, but in reality their communities are a manufactured oasis, made to look as little “desert like” as possible. For a majority – their only “real” experience with the desert is driving the 10, hiking the Bump and Grind, or a visit to The Living Desert. It is all manufactured bullshit, in order to give them the “desert experience”, it’s no wonder that they see undeveloped desert land as expendable.

In the meanwhile, small desert communities across the Mojave and beyond are experiencing real problems – it started several years ago with wind power farms, and it is now escalating at an enormous pace with the new “green” energy solar explosion. Just ask many of the residents of the rural community of Mojave, CA – they were one of the first desert communities to be effected by the wind power craze. Those that own property along the seldom driven Backus Road, thought that they were living the life, property backed up against pristine BLM desert lands, only to now have wind turbines within a few hundred feet of their backyards.  Their scenic views of the Tehachapi Mountains forever gone, and their property values sinking up to 50%. 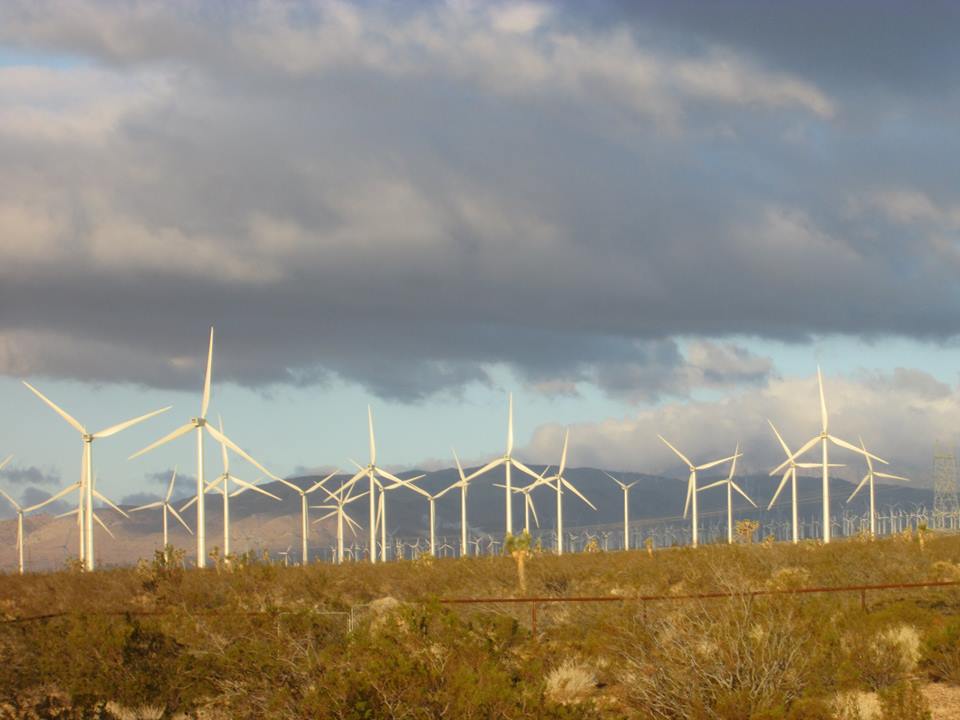 Backyard view in Mojave, CA. Photo courtesy of a reader

These same people are now being attacked by the solar initiative – with a new facility recently opening at Silver Queen. It isn’t going to end there either, a look at the recently released “Desert Renewable Energy Conservation Plan,” shows that this entire corridor of the Mojave desert is designated as a renewable energy wasteland.

In the Eastern Mojave, there is the highly touted Ivanpah Solar Power Facility; owned by NRG Energy, Google, and BrightSource Energy. Ivanpah has literally whipped out 3,500 acres of previously untouched desert. This land was the home of the endangered desert tortoise as well as other reptiles, that have now been displaced. Since going online, there have been countless bird deaths – when birds fly over the facility, they are cooked mid-air due to the extreme temperatures caused by the mirrors that the plant utilizes.

What people are missing is that our desert is very fragile – is a thriving ecosystem, but it can easily and quickly be killed. The plants that grow in our desert have spent thousands of years perfecting desert living.  I had the opportunity to discuss desert plant life with Jim André, biologist, and the director of the Sweeney Granite Mountain Desert Research Center, and was surprised to learn that every year, there are still new species of plants being found in the Mojave Desert.

Along the California and Arizona boarder in the Colorado Desert, there is the town of Blythe. In the desert outside of the town of 21,000 people, there are dozens of intaglios – these giant designs made by removing a layer of stones from the land are sacred to the Colorado River Indian Tribes. Much like petroglyphs, these designs were placed here hundreds if not thousands of years ago by their ancestors. Today they are under attack, with several already having been removed from the landscape during the construction of Blythe Solar. 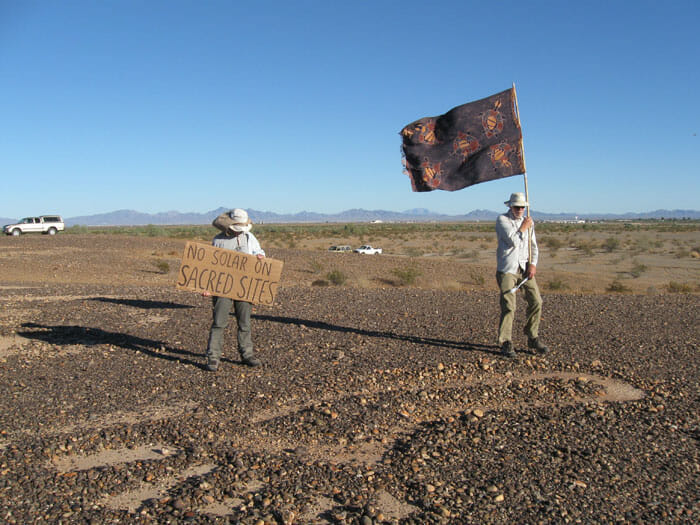 “No Solar on Sacred Sites” – The fight to save the Blythe Intaglios. Photo courtesy of Basin and Range Watch

What is very interesting is that these intaglios as well as other Native American sites are coming under attack by these projects, yet they are protected under the The Antiquities Act of 1906, and the Archaeological Resources Protection Act of 1979. The Bureau of Land Management (BLM), which is the same agency that is supposed to enforce these laws, are the ones green lighting projects that are in direct violation.

None of this destruction benefits the communities that are directly impacted. Much like the Owen’s Valley water and land grab of the early 1900’s, the land grab for renewable energy is only benefiting large cities like Los Angeles, who have plenty of open roof-tops that could be plastered with solar panels. This is not a new concept, it has been embraced by several countries.

There is also the ability to place solar panels over the aqueduct, it would utilize already disturbed ground, and help with the loss of water from evaporation. In India, this concept has already been successfully implemented. It is baffling that we are not taking a serious look at this option, considering the state-wide water crisis that we are in. 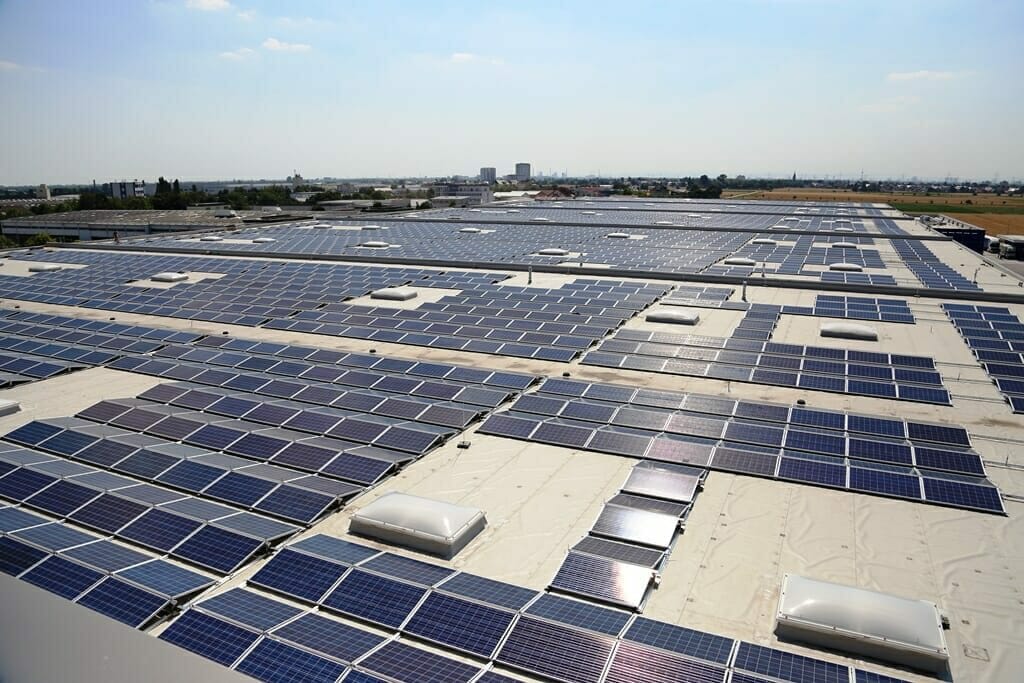 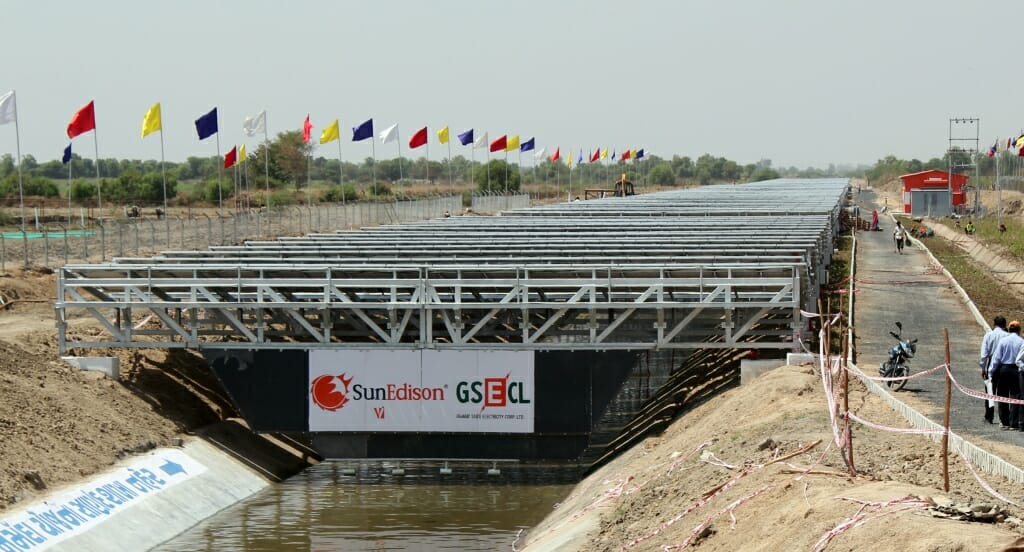 Solar Panels over the Narmada Canal in India. Photo courtesy of the Gujarat government

What it all really comes down to is greed – it has nothing to do with being “green”, or saving us money on our electric bills. Has anyone’s electric bill actually decreased since wind and solar exploded onto our desert? Despite these promises of lower generating costs, SCE has increased rates over the past three years, with an 8% increase in 2014.

The only people reaping the benefit of the rape of our desert are the companies that are buildings them – our government is giving huge incentives and grants to build these plants, and build them fast.

Public comment is being ignored, undocumented, and undermined. Mass media is ignoring the outcry – only praising the “green” initiative, likely with one hand in the pocket of the initiative.

What is yet to be seen in the long-term effects of this mass rape – and yet we aren’t taking it slow to find out either. By 2040 – there are a planned 40 projects the size of Ivanpah in the works for the Mojave Desert.

When Interior Secretary Sally Jewell announced the road map of the Desert Renewable Conservation Plan, she told reporters that she went for a hike, “We went out into the Big Morongo Preserve…fifteen, 20 minutes from here, there are wetlands. Wetlands. And 254 different bird species. Who knew?”

For more information on the impact of these projects on the desert, I recommend reading and following these website:

About the author: Death Valley Jim is an author, photographer, radio talk show host, explorer, and adventurer. Visit Jim on his website[7].