Danny Sullivan won “The Greatest Spectacle in Racing”, the Indianapolis 500, in 1985 with his remarkable “Spin and Win” move on lap 120 to pass Mario Andretti and propel himself to the winner’s circle for a raising of the Borg-Warner Trophy and a sip of the milk.

The 360° maneuver is legendary and catapulted Sullivan to worldwide popularity gaining him a role in the major motion picture The Doors, a spot on Miami Vice, a berth on People Magazine’s 50 Most Beautiful People and his own arcade game, “Danny Sullivan’s Indy Heat”. 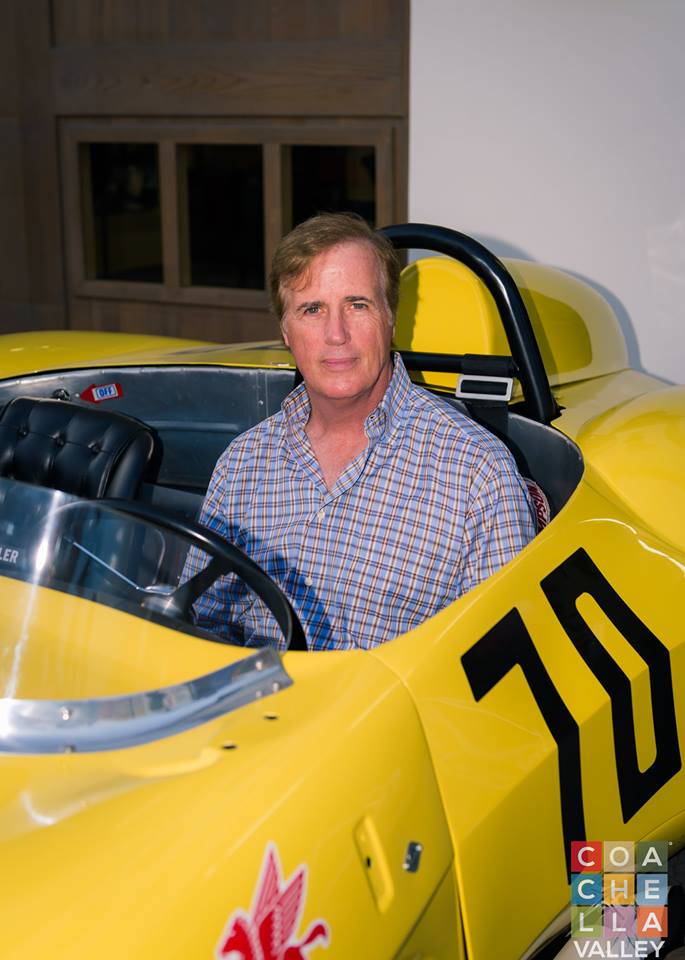 Danny Sullivan sitting in “Ol Yellow III” at the Thermal Club during the Petersen Invitational – Photo by Steven Young/CoachellaValley.com Ol’ Yeller Mark III was the third car in a series of nine Ol’ Yeller race cars built by Southern California hot rod legend Max Balchowski. Constructed in his garage on Hollywood Boulevard, this car has a tubular chassis and aluminum bodywork, and it is powered by the hot-rodders engine of choice, the 414 cubic-inch Buick V8. All of Balchowski’s cars were regarded as refined junkyard dogs and were therefore named after the dog in Disney’s 1957 film Old Yeller. Despite this tag, the cars were very well engineered and proved equal to competition from the likes of Jaguar, Ferrari and Maserati.

On a beautiful Coachella Valley day with a high of 82°, Sullivan was the guest of honor at The Thermal Club’s Inaugural Petersen Invitational.

The money raised will benefit the $120 million dollar refurbishing of The Petersen Automotive Museum in Los Angeles.

The Thermal Club was abundantly filled with auto aficionados on a day where the elements couldn’t have aligned better.

According to Betsy Justice, who is in Real Estate and Membership Sales at the Thermal Club, “The Thermal Club is a members-only, world-class motor sports facility. A resort for car lovers and playground for car enthusiasts, if you will”.

Accompanied by his wife Brenda, Sullivan took some time to speak with CoachellaValley.com to share his thoughts on the club and his fondness for the desert.

“I’ve been in here about an hour and I am very impressed. When we first got here they took us to see the new BMW West Coast Performance Center West Driving School”, Sullivan shared. 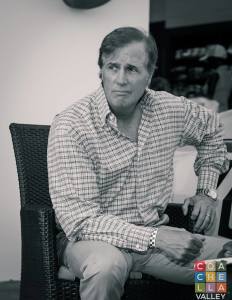 BMW recently signed a 10 year lease with a 10 year extension with The Thermal Club to provide driving programs on 31 acres.

The programs include car-control clinics, teen driving school and a BMW ‘M’ school.

Sullivan conveyed his thoughts on the tracks. “This is really fantastic. The tracks are wide, they’ve got good run-off and the barriers are top-notch for safety and sound”. What I was also dazzled with is the length of the tracks and how many variations there are. Really, really impressed with what Tim Rogers (financier of The Thermal Club) has done and it seems like they’re willing to spend the money correctly”.

Sullivan has been to the Coachella Valley before and is captivated by its luxuries. 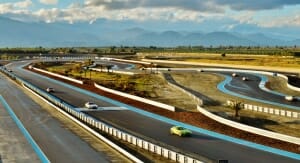 “I’ve previously been to Palm Springs for a speaking engagement for Volkswagen. I’m from Kentucky, so If you’ve been back east in some places the humidity can be a lot. I’m not bothered too much by the heat. We’ve had a couple of great days at the Madison Club playing golf. We were honored to get a lesson from Dave Stockton. This man won 11 times on the PGA Tour. Dave was unbelievable”. 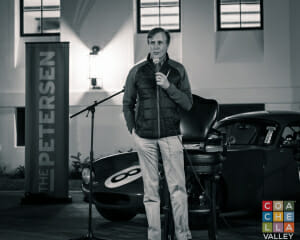 Sullivan is a perennial supporter of the museum.

“I’m a big fan of the museum. Bob Petersen and the group that put that thing together have done a remarkable job. I’ve gone to a lot of functions there. When you go in there it’s the history of the automobile. I wish there were more of these types of museums in the country. With the cars we’re turning out, the cars of the future, it’s gonna be a very historic place”.

Sullivan will forever be a part of auto racing history. He was inducted into the Motorsports Walk of Fame in 2011 and was included in The Indy 500 Greatest 33 Drivers of All Time.