This once-in- a-lifetime concert will take place in Indio, California on October 7, 8 and 9 when six of the world’s most iconic and influential rock and roll artists come together for Desert Trip. Then it repeats itself again October 14-16 for Weekend 2.

With performances starting after sunset, each artist will play a full set, serving up three incomparable nights of rock ‘n roll. Located at the home of the critically acclaimed Coachella Valley Music and Arts Festival this is the only time and place to see this incredible lineup.

ROGER WATERS · THE WHO

Visit DesertTrip.com for passes and details. 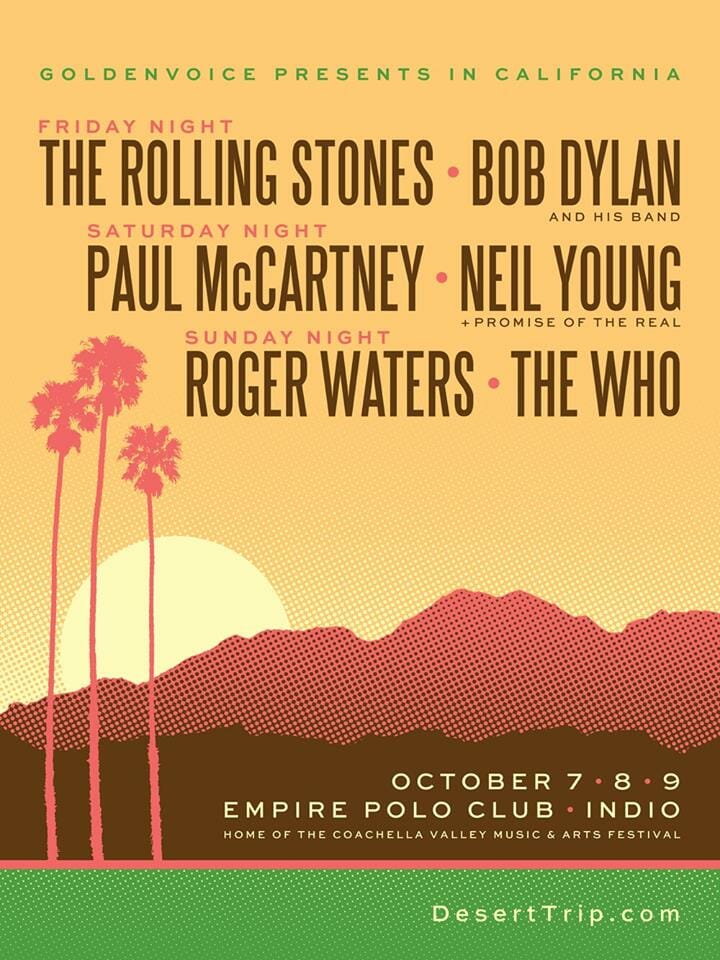