Make sure you print this out and keep it handy.  These roads are to be AVOIDED!!! 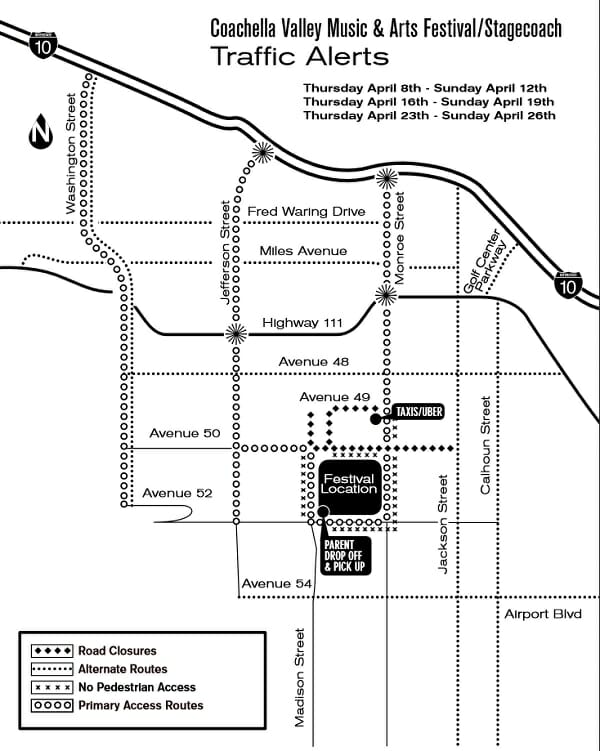 The following roadways will be primary access routes TO the festival:

Golf carts are also not permitted on any of the above listed streets. 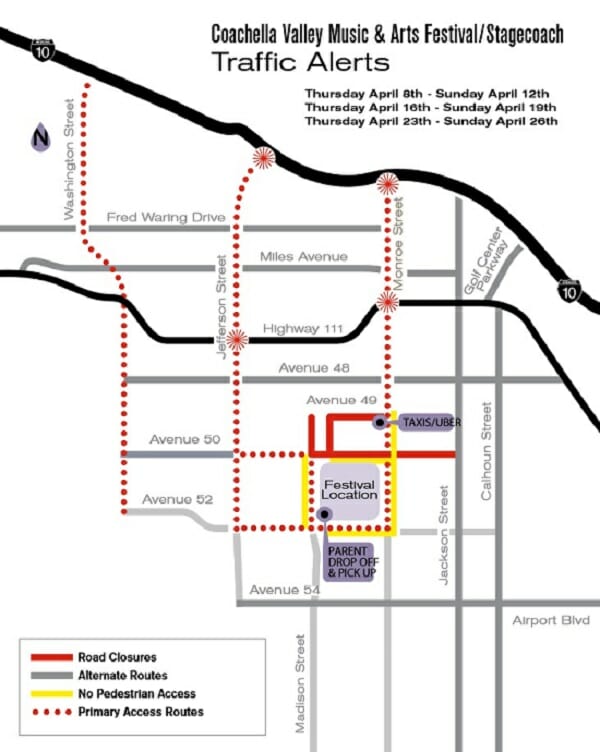 Taxi/Uber & Parent Drop off and Pick up