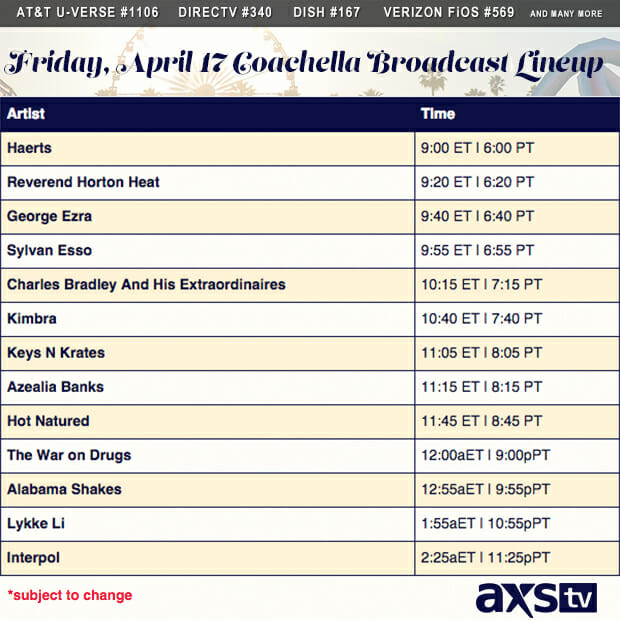 Charles Bradley And His Extraordinaires

The War on Drugs

AXS TV’s Coachella broadcast artist line-up for the rest of the weekend is
as follows (does not represent broadcast order, artists subject to change):

St. Paul And The Broken Bones

*Florence and the Machine*

*Marina And The Diamonds*

AXS TV will re-air each night’s Coachella broadcast the next day at the
following times: