THE REAGANS! In Person Q&A with filmmaker Robert D. Kline

As part of our 10th Anniversary Q&A series, filmmaker and movie mogul Robert D. Kline will be presenting his new documentary THE REAGANS: THE LEGACY ENDURES. The personal journey of Ronald and Nancy Reagan will include Ronald Reagan’s personal life alongside his political career. The documentary film focuses upon the family, children and his unique relationship with Nancy Reagan who not only became his best friend, wife, and First Lady but an important influence on his presidency including his unique relationship with the leader of the democratic party, Tip O’Neal of Massachusetts. There is a reason why President Ronald Reagan still resonates with Americans today twenty-four years after he left the presidency and a decade after his death in 2004. Enjoy a glass of wine or an ice cold beer in the comfort of your luxury high-back seat.

See an Exclusive screening of THE REAGANS: THE LEGACY ENDURES
With an Exclusive Q&A with filmmaker Robert D. Kline 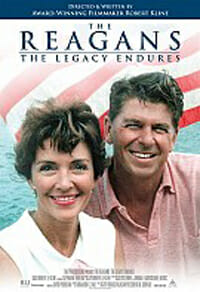