Bat Caves Buttes – Check it out!

Bat Caves Buttes – Check it out!

The Bat Caves or Bat Caves Buttes as the location is officially known, is at the crest of Durmid hill approximately one mile southeast of Salt Creek, northeast of Highway 111, on the northeast side of the Salton Sea. 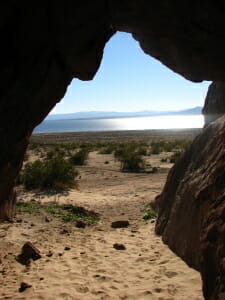 Looking out at the Salton Sea from the bat cave- Bat cave buttes. Photo S.A.

These buttes were formed when the San Andreas Fault forced strata layers upward. The caves are actually voids in the strata which occur naturally when weaker layers crumble from between harder layers. The butte was rising one millimeter per year until the Landers Earthquake on June 28, 1992.

This quake relieved the stress on this particular geological feature, and it has moved only slightly since then. It is likely that movement will increase as stresses increase over time in the region.

The Great Salt Basin has filled with water in cycles over tens of thousands of years. The latest natural cycle occurred around 1600-1700 as remembered by Native Americans who talked with the first settlers.

We refer to these periods as Lake LeConte, Blake Sea, and Cahuilla Lake[1]. This is not to be confused with the more modern period of infilling which began in 1905, when the Colorado River escaped engineers and flooded the lucrative salt mines[2]. Using the water line near Oasis and Thermal as a guide, this butte would have been an island near the lake’s northeast shoreline at one time.

It is possible that the churning water may have been partially responsible for collapsing weaker sections of strata, creating the voids.

It is known that the Bat Caves are actually inhabited by bats. They will emerge at dusk, and are rarely disturbed by intense noise or light, as they are strictly nocturnal. The caves also provide shelter to local pigeons, hawks, kestrels, and kildeer.

The hike to the Buttes is approximately one mile each way from an abandoned diner at Durmid, just south of Salt Creek on State Highway 111. The hike is a 2 to 3 percent grade over moderate pebbled washout terrain.

Crossing fresh washouts after a rainstorm can be tricky, so it is best to be prepared with a walking stick and patience, to find the best opportunities to cross over the washouts.

Once at the center of the butte’s horseshoe, there are six distinct voids large enough to walk into, and there is a small area at the southeast end of the butte, where one can crouch and pass completely through, emerging on the other side.

A hike of 8/10 of a mile will take a person to the peak, 85 feet above the desert floor, and some 300 feet above the Salton Sea’s current surface level. From this point, looking northeast, one can see the old stage route which is now a service road through the Dos Palmas Valley for Imperial Irrigation maintenance crews. 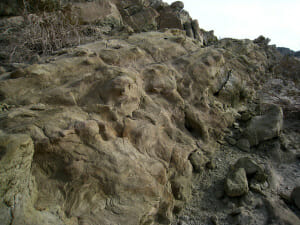 Looking northwest, one can see two of the Kaiser Steel Mine Railroad spur trestles, supporting the rails above Salt Creek. This spur, once abandoned for nearly fifteen years was briefly used by the Eagle Mountain refuse train which ran intermittently. Some sidings of this spur have fallen into decay and disrepair, and offer hikers a rewarding look at desert history on their own merit.

Looking southwest, this is the only easily accessible point from the Coachella and Imperial Valleys where one can see both ends of the Salton Sea at once.

Hiking back down, just northwest of the peak, there are two choices for descent. One is very low impact and easy to navigate on foot. The other is somewhat difficult, and features a ravine which one has to carefully walk the ledge of and jump over to descend. Small children can drop safely into the bottom of the ravine and walk through its tight turns, emerging on the desert floor below.

The entire hike including all of the features listed is a total of approximately three miles.

Cell phone service at the buttes is limited to Verizon. Cell phones of most carriers will connect at Highway 111.

There are ways to access the caves directly by off-road vehicle, but conditions and hazards change every time there is a major storm. Having a vehicle convoy and checking with the locals before attempting to drive to the buttes is a good idea. Letting others know where you are for the day is also a must, due to the lack of services present in this area.

Some of the interesting features you may see are: 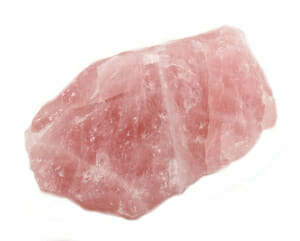 Some of the animals you may see are:

It is recommended that these trips be avoided between mid-May and early September because of the extreme heat. Recommended items are: 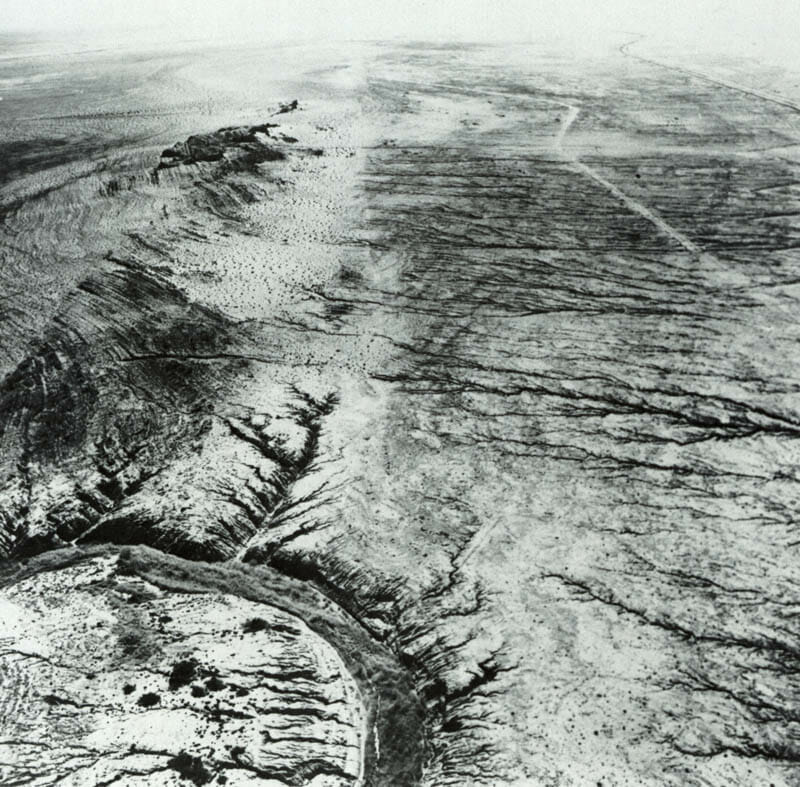 The San Andreas fault near the Salton Sea, Imperial Valley. Salt Creek is in foreground; Bat Cave Buttes are dark hills at left.