Still wildflowers in the Borrego Valley, particularly the northern park of the valley but fading.  As that area fades out the best places to see annual wildflowers will be in the washes and canyons and higher elevations. 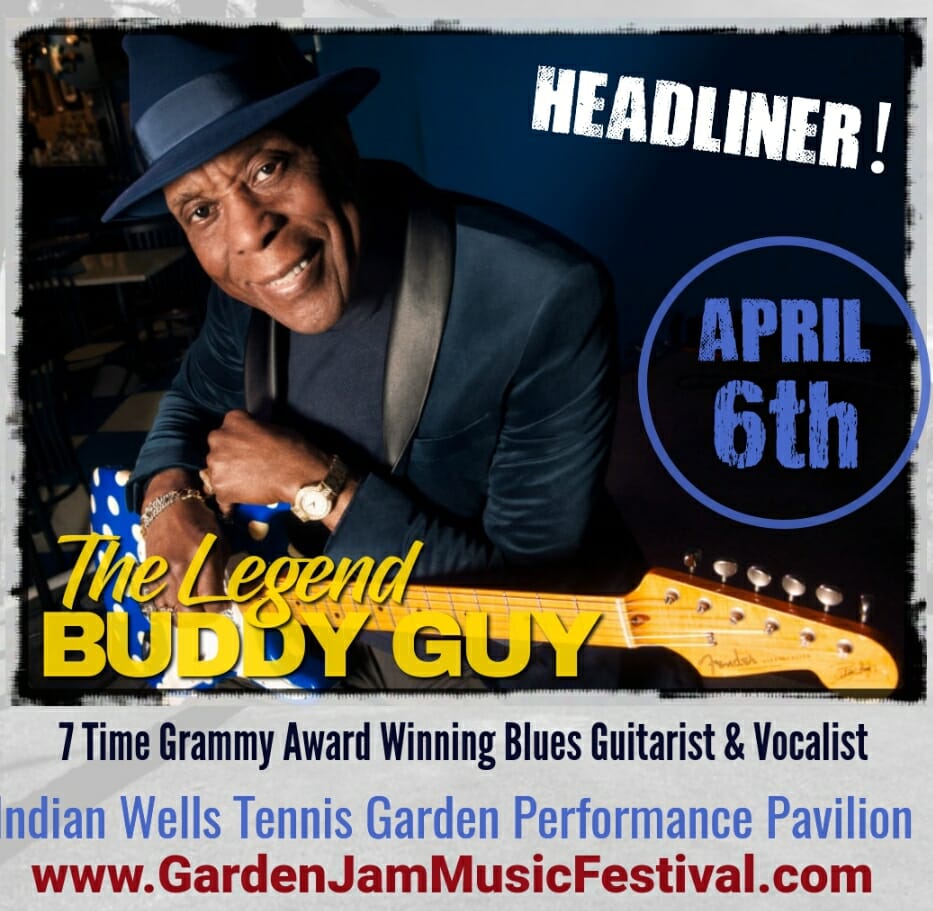 Ocotillo are spectacular in Coyote Canyon right now.  Montezuma Grade below Culp Valley is on the verge of a magnificent bloom of brittlebush.  The rock formations are just beautiful with all those yellow flowers. 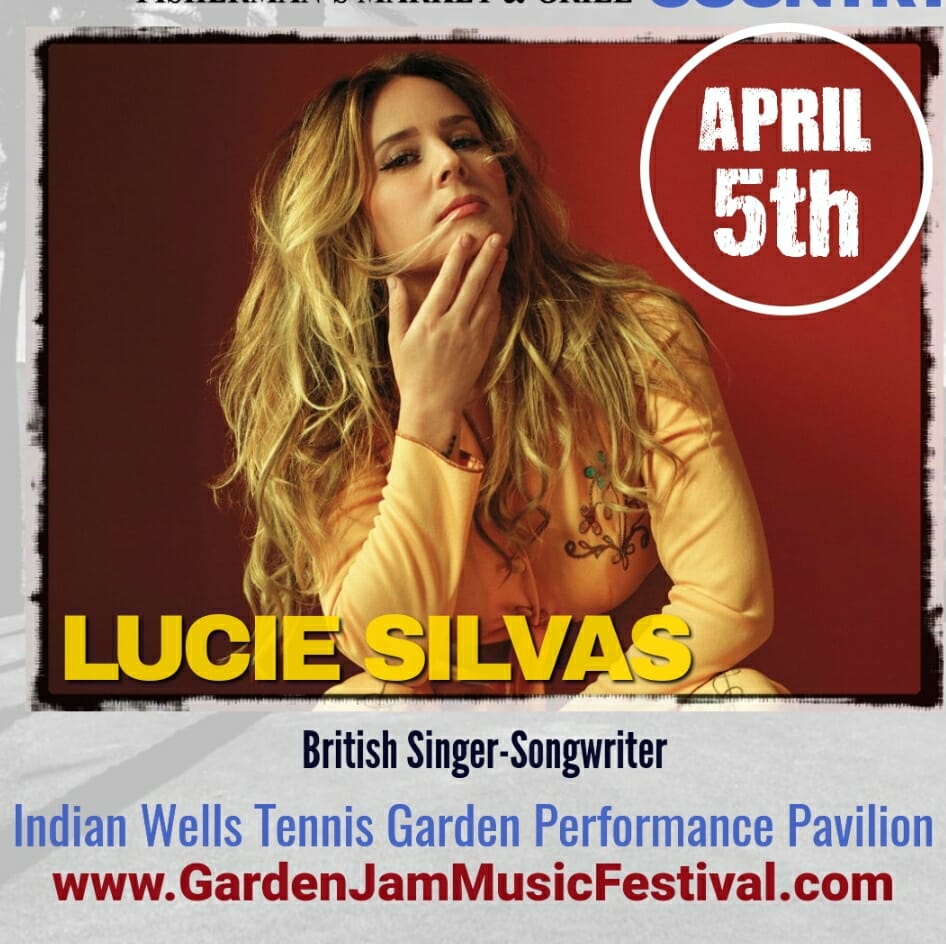 Brittlebush are just magnificent, perfect little domes that look like they have been groomed, with grey-green leaves and bright yellow flower stalks rising six to eight inches above the plant.  They do really well in the rocky formations that rise out of Borrego Springs.

Free wildflower maps of the Borrego Valleyshowing the latest flower locations can be picked up at ABDNHA’s Desert Nature Center, 652 Palm Canyon Drive in Borrego Springs

We have several reports that the Ocotillos in Coyote Canyon are just spectacular right now.  It’s a sea of bright red flowers.  Just south of town, and on the west side of Borrego Springs Road, the “ocotillo forest” is getting ready to pop. 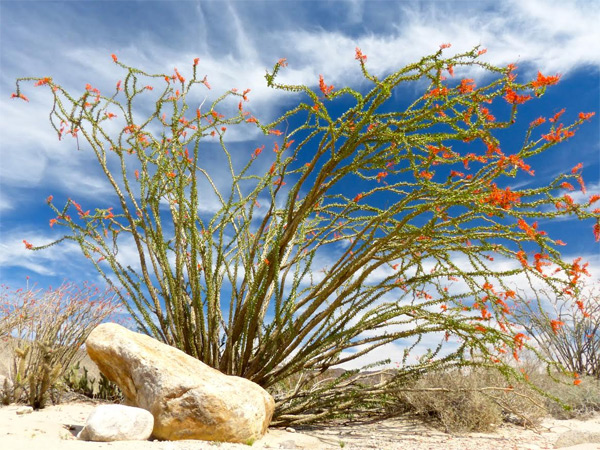 We went up where I found a small dry lake on the satellite pictures. And we found Narrow-leaved Globemallow, Sphaeralcea angustifolia right in the middle of that dry pond, hundreds of them, still rather small for now.

Another plant that Carla had been trying to find and now we know why we didn’t find them. The seem to like more alkaline soil as we found lots more in Little Blair Valley Dry lake.

Not so long ago I thought Goldfields, Lasthenia gracilis where rather rare in the park. We found them all over the place including the Pictogram trail up to the Smugglers drop.

Along the boulders we found one of the biggest California fish-hook cactus, Mammillaria dioica we’ve ever seen, huge but in a hard spot to get my camera in. Pringle’s Woollysunflower, Eriophyllum pringlei we where missing in our photo collection.

And Carla was probably most pleased with a couple of rather rare Lemmon’s Linanthus, Leptosiphon lemmonii, nice flowers for such a small plant.

A honorary plant that is rather faithfull blooming when we check at the pictograph parking Cleveland’s beardtongue, Penstemon clevelandii var. clevelandii.

I don’t think nobody even notices it but it’s a rather nice bunch of them. And so many others that didn’t made it on film but are in Carla’s notebook. We will check an area close by in a couple of weeks.  Photos: 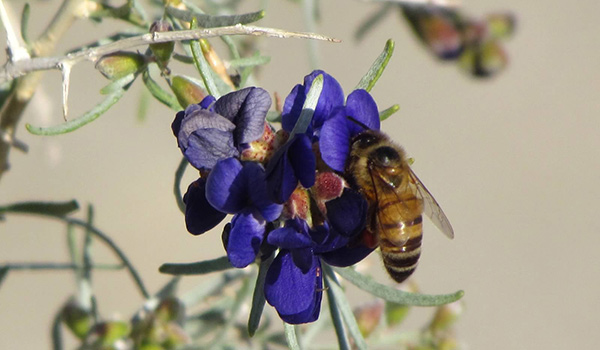 Fred and Carla from the Grapevine area:

The area burned down in 2012. What you see right now is that grasses and the invasive Filaree have taken over the area. But some sandy washes remain.

White sage, Salvia apiana are blooming or are starting to bloom all over. Favorite of the day Cream cups, Platystemon californicus a couple of small fields of them.

While driving along the Montazuma grade you notice whole fields of the invasive Redstem filaree, Erodium cicutarium. Driving up to the Pena Springs you see nice fields of Goldfields, Lasthenia gracilis mixed with Narrowleaf goldenbush, Ericameria linearifolia.

And as everything is early so are the Blue dicks, Dichelostemma capitatum ssp. capitatum Pleased to see yet another poppy, the prettiest one of them all California poppy, Eschscholzia californica Whole fields of Narrowleaf goldenbush, Ericameria linearifolia At the end of the trip my camera turned a shade of yellow from all the flowers.

Cindy Knoke sends some shots of wildflowers north of Henderson road and she says “I cound not believe the Ocotillos.  I have been coming to Anza for 50+ years.  I love the place. Love your organization & thank you for what you do! “ 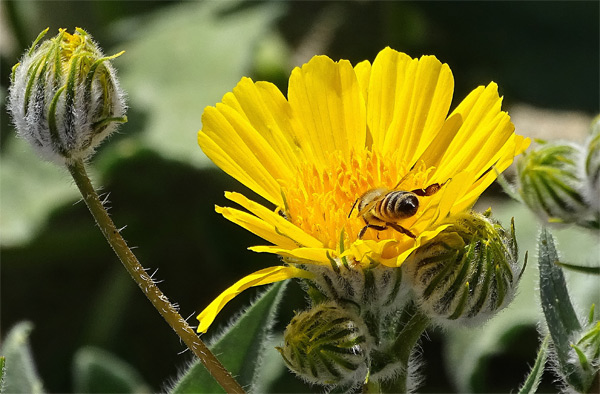 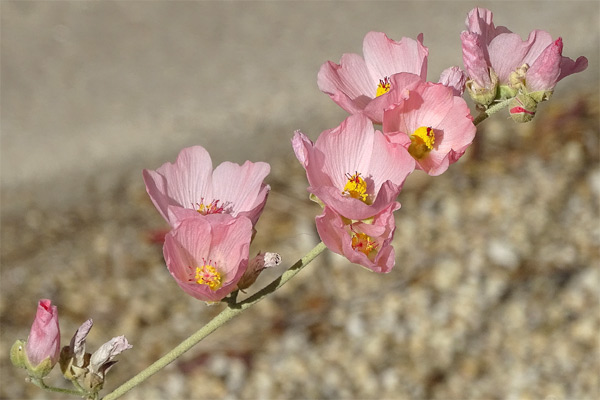 A Globe Mallow by Cindy Knoke 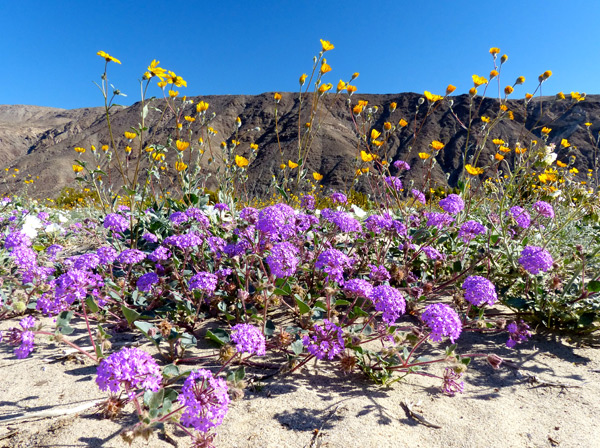 Fred and Carla say the Blue Palo Verde are now blooming in the wild and they send some other great photos as well. 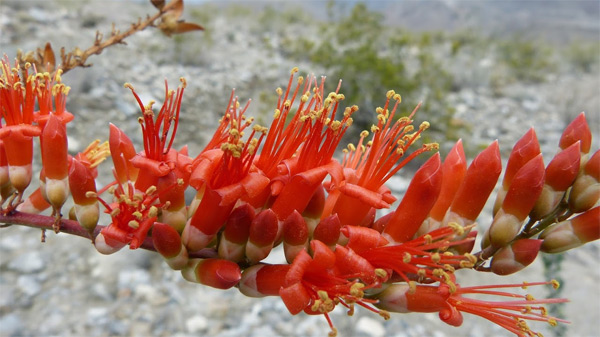 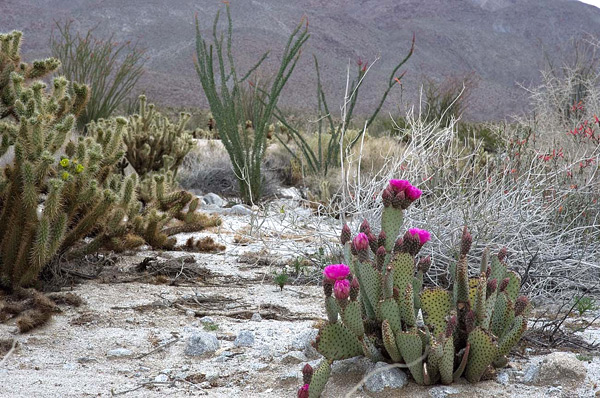 A photo of Lower Smuggler’s Canyon by Bill Sullivan