Angel on the Mountain

Coachella Valley did you know we have an Angel on the Mountain?

Photos and Story by Barbara Demmocks  On the west end of the Coachella Valley, gracing the steep slopes of Mount San Jacinto above Palm Springs, is the unique rock formation known as the Angel on the Mountain. It is visible, when you know where to look, of course, from a great distance and adds credence to the belief of many that the Coachella Valley is a sacred and spiritual area. You can clearly see the Amazing Angel on the steep slopes of San Jacinto in the Photos. 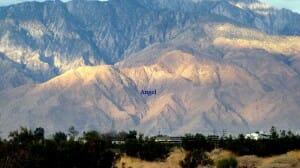 Angel on the Mountain as viewed from Desert Hot Springs

Even the name, Coachella, has some spiritual history behind it. Some believe the word is derived from the Spanish word, caracola, meaning conch shell. After all, many years ago the valley was at the bottom of the Salton Sea and as the water receded conch shells were exposed.

At the turn of the twentieth century white settlers to the area were building their dwellings facing the Angel. Perhaps for good reason as the Coachella Valley is also well known for the infamous San Andreas Fault-line running the length of the valley. Now that is a story for another day. 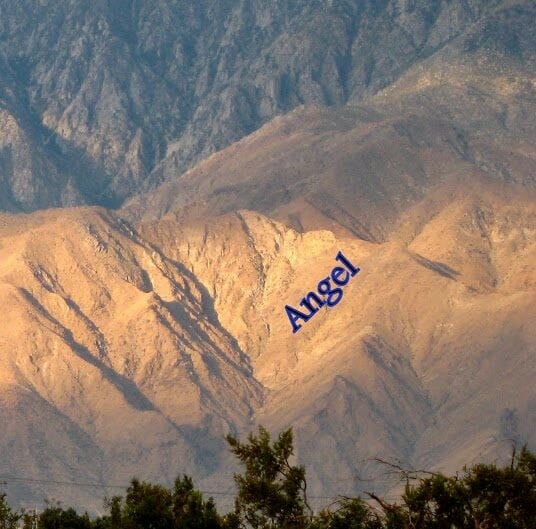 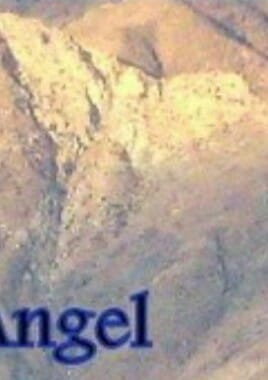