The third annual event spotlights over 20 breweries during a weekend of tastings. 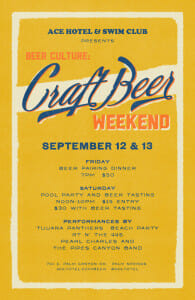 TIP: Book a room using the code BEER to get two tickets to the beer tasting event and 20% off the beer pairing dinner on Friday night