The Desert Smash is back for the 12th year!  Taking place on Tuesday, March 8th 2016, at the Westin Mission Hills Resort & Spa, this year kicks off with two fun playing opportunities, the first, hosted by WTA Superstar and former World #1 Victoria Azarenka, being the ultra-exclusive, VIP “Ultimate Pro-Am Experience Package; where participants will get the chance to play with two-time Grand Slam singles champion.” 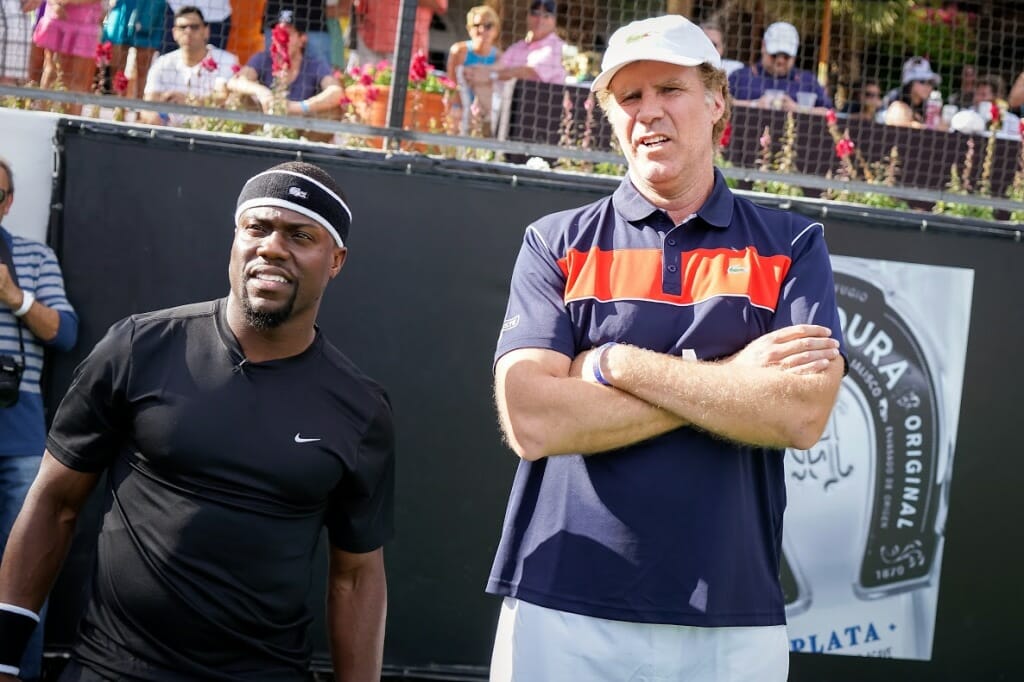 Will Ferrell and Kevin Hart at Desert Smash 2015 “© Shoubert David” 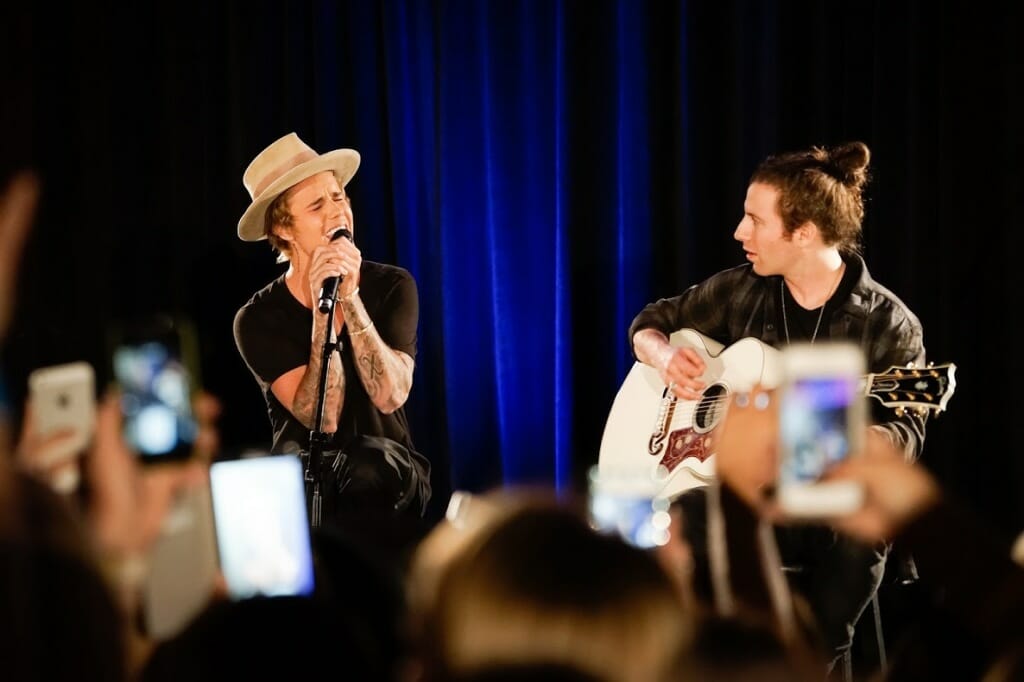 Early players scheduled to appear at this year’s exhibition include: loyal Desert Smasher’s 2013 Australian Open Doubles Champions and longest running ATP World No. 1 Doubles Team, Bob & Mike Bryan, Kevin Anderson, Victoria Azarenka. Star players that have participated in the past include: ATP World No. 1 Novak Djokovic, WTA World No. 10 Caroline Wozniacki, Andre Agassi, Stefanie Graf, Marat Safin, Victoria Azarenka and Mardy Fish.  The Smash is gearing up for some of the most epic celebrity/pro tennis battles, as in year’s past it has gotten pretty intense on center court with the likes of Will Ferrell, Justin Bieber and Kevin Hart going racket to racket with one another.

Capping off an epic day of fundraising and tennis, the celebration will continue into the evening with the 12th annual Desert Smash Player Party, sponsored by Herradura Tequila, with a performance by Sia! 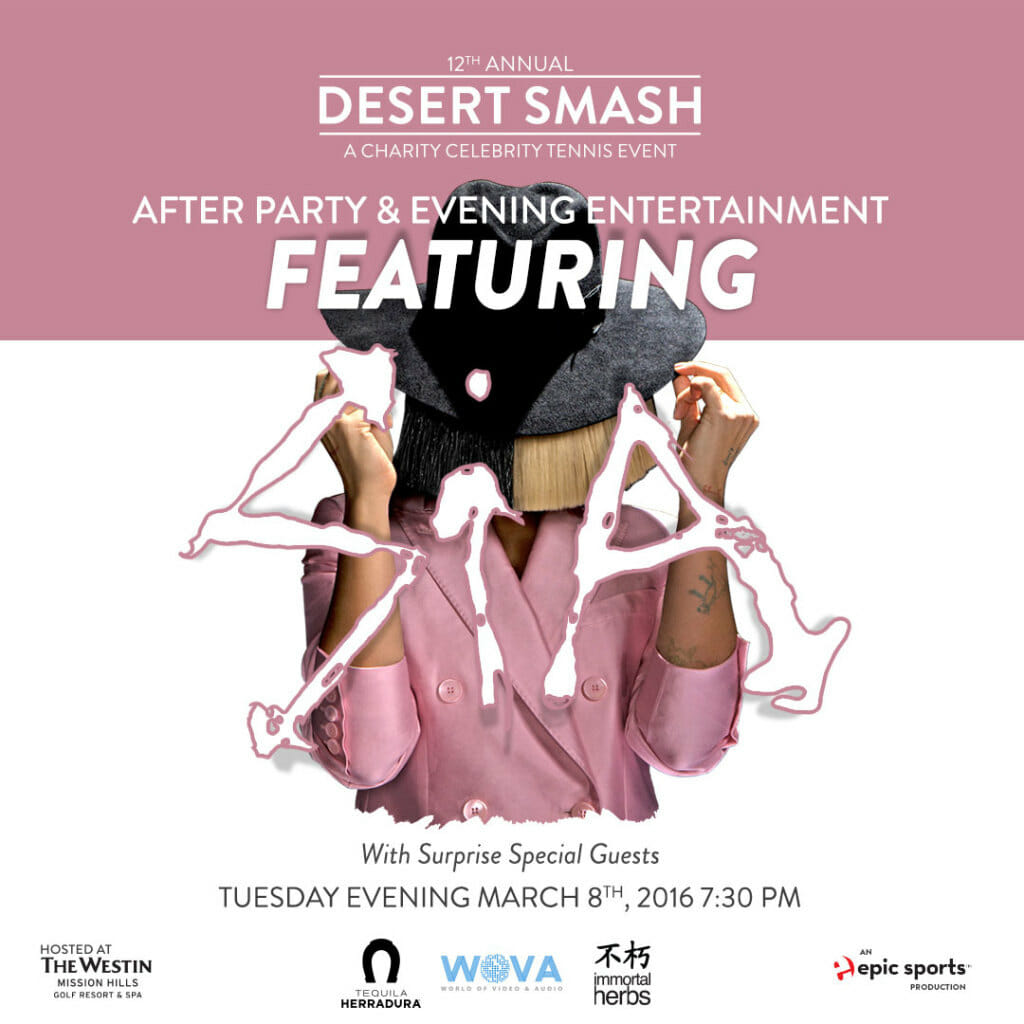